Mafuja Khatun is a former two-time CPI(M) legislator from Kumarganj. She switched to the BJP in 2017 and will take on the Congress in its home turf of Jangipur Lok Sabha constituency in West Bengal 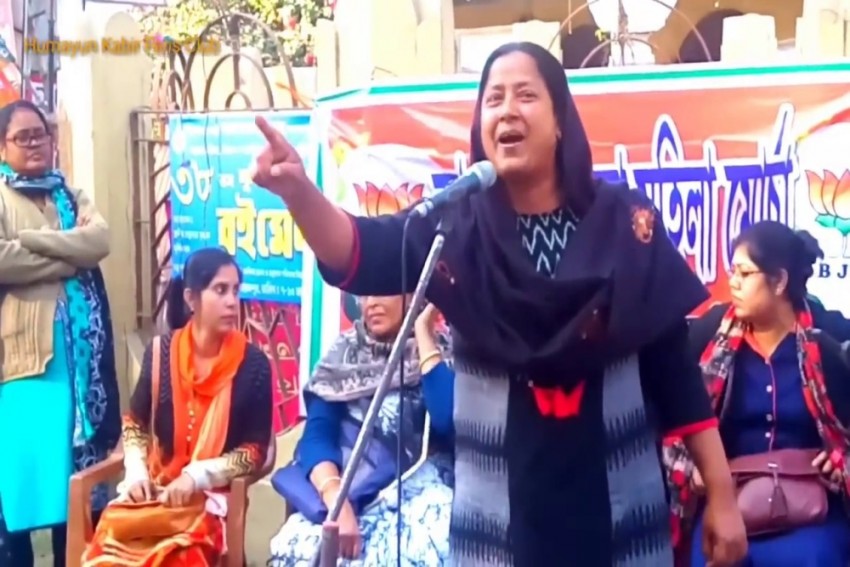 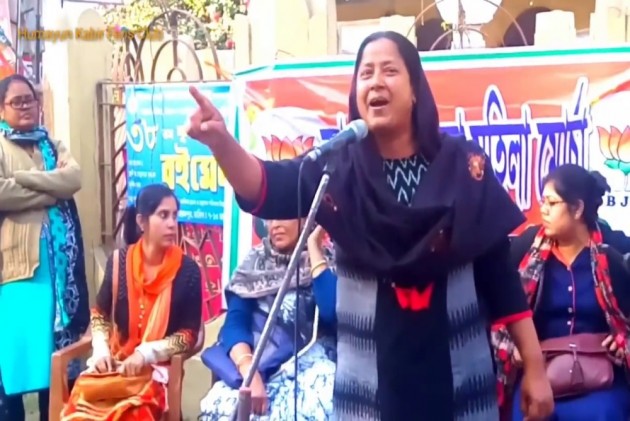 She is a social media sensation with a rustic sense of humour and confidence coming from a quarter century in the political hurly-burly of rural Bengal. And this time she is taking on the Congress in its home turf of Jangipur in Bengal’s heartland of Murshidabad. Twice elected MLA on a CPI(M) ticket from Kumarganj in neighbouring Dakshin Dinajpur district, Mafuja Khatun is now the first Muslim woman from the BJP to contest a Lok Sabha seat in Bengal. The 47-year-old has already smashed some stereotypes and hopes to break a few political glass ceilings.

Up against sitting Congress MP and former President Pranab Mukherjee’s son Abhijit Mukherjee, Khalilur Rahman of the Trinamool Congress and Zulfikar Ali of the Left Front, Khatun says, “I have no qualms about seeking Muslim votes for the BJP”.

Khatun, who switched over to the BJP from the CPI(M) in 2017, says “When I was with the CPI(M), I had an impression that the BJP was anti-minority. But I have not faced any discrimination since I joined. I have attended many meetings, but never have I heard anything anti-Muslim.”

Popularly known as “Mafuja-di”, Khatun is often spotted in the ‘beedi villages’ in her constituency where most workers in the beedi factories are Muslim women. Sitting with them, Khatun, some of whose speeches on YouTube have drawn more than 10 million views, rolls a couple of dozen beedis while discussing their problems. “My social media popularity is a big advantage as people instantly recognise me even in remote villages. ‘Apnei ki sei mohila? (Are you the same woman we see on YouTube videos),’ I am often asked,” she says with a smile. Her election meetings so far have drawn considerable crowds.

Aware that looks matter in politics, Khatun is careful never to be photographed with her long hair open—she wraps her head in a scarf that acts as an impromptu hijab when there are men around. And she knows her opponents are formidable—Pranab Mukherjee represented the constituency in the Lok Sabha before his 59-year-old son. More than 68 per cent of Jangipur’s 16 lakh voters are Muslims and swaying them to vote BJP is a daunting task, but she says she aims to change her community’s perception of her party. The BJP, she says, is banking on a complex arithmetic, besides the “good chemistry” she shares with a large section of Muslim women, who appear to be in awe of the hijab-clad leader. Of the 1,087,054 electors in the constituency, 525,319 are women.

The BJP hopes Khatun would draw a large chunk of Muslim women’s votes, and the remaining minority votes would be split among the Congress, the Trinamool and the CPI(M), while the Hindus would vote en masse for the saffron party in the quadrangular contest.

Many BJP workers, however, voice a lingering doubt off the record, saying the large number of Muslim voters means it is easy for the votes to get split between three Muslim candidates and, if that happens, a consolidation of Hindu voters in Abhijit’s favour will ensure his victory. To prevent a split in the Muslim votes, CM Mamata Banerjee in a poll rally in the district accused the Congress of being hand-in-glove with the RSS, the ideological fountainhead of the BJP.

“The district is known for the historic battle of Plassey. We all know about Mir Jafar's betrayal of Siraj-ud-Daula. It took 190 years to recover from that. The history of this region is so eventful. Once again you have the opportunity to create history,” the Trinamool boss said at a rally in Bhagabangola in Murshidabad.