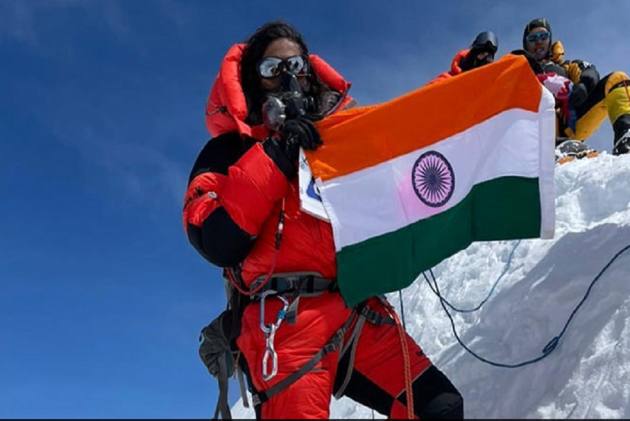 Priyanka Mohite, a resident of Satara in western Maharashtra, has successfully scaled Mt Annapurna, the 10th highest mountain peak in the world. Priyanka now holds the record of becoming the first Indian woman climber to achieve the feat.

Kiran Mazumdar-Shaw, the Executive Chairperson of Biocon Limited, who is also Priyanka's employer, broke the news about the 28-year-old climbing the peak.

Iran: At Least 10 Climbers Die Due To Avalanches In Alborz Mountains

In the tweet, the boss shared a photo of Priyanka Mohite holding the national flag atop the peak, along with the proud caption.

Our colleague Priyanka Mohite scaled the peak of Mt. Annapurna, (8091 mtrs) 10th highest mountain in the world, on 16th April 2021 at 1.30pm.- first Indian woman to do so! We at âÂÂÂÂÂÂ¦@SyngeneIntlâÂÂÂÂÂÂ© are so very proud of her ðÂÂÂÂÂÂÂÂÂÂÂÂÂÂÂÂÂÂðÂÂÂÂÂÂÂÂÂÂÂÂÂÂÂÂÂÂ pic.twitter.com/Eh85xy46g0

Mount Annapurna is a massif in the Himalayas located in Nepal that includes one peak over 8,000 metres and is considered to be one of the toughest mountains to climb.

Passionate about mountaineering since childhood, Priyanka started to scale mountains in the Sahyadri range of Maharashtra as a teenager and in 2012 scaled Bandarpunch, a mountain massif of the Garhwal division of the Himalayas, in Uttarakhand, her brother Akash Mohite told PTI.

In 2015 Priyanka scaled Mt Menthosa which at 6,443 metres is the second-highest peak in the Lahaul and Spiti district of Himachal Pradesh.

The Bengaluru-based climber is also the recipient of the Maharashtra Government's Shiv Chhatrapati state award for adventure sports for 2017-2018.