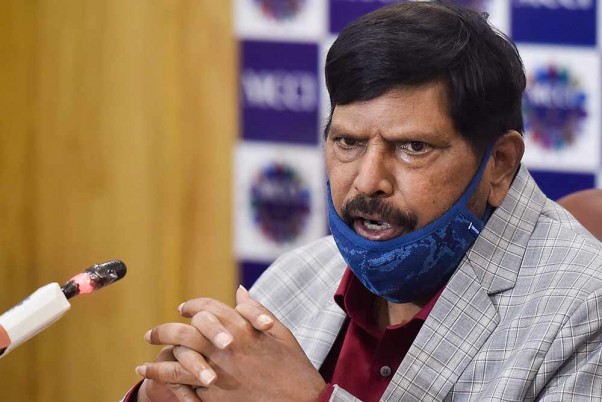 Union minister and RPI(A) leader Ramdas Athawale on Sunday said the Uddhav Thackeray government in Maharashtra could collapse over the renaming of Aurangabad and asked the ruling alliance to not get involved in a controversy on the issue.

Addressing a press conference, he expressed confidence that a BJP-RPI government will soon be in power in the state, and this alliance would also win the BMC polls scheduled for 2022.

The mayor of Mumbai will be from the BJP and the deputy mayor from his RPI(A), the Union minister of state for social justice and empowerment predicted.

Athawale also backed the farm laws introduced by the Centre and said they were beneficial for cultivators and protesters would not succeed in getting them repealed.

He also supported the construction of a mega port in Vadhavan in Palghar claiming it would generate employment in the region and asked those protesting against it to rethink their opposition.