Except 3-4 Seats, Party Will Lose All In Mumbai, Says Congress Leader Sanjay Nirupam

The leader has openly threatened to sever ties with the party as he is miffed ever since Congress refused to allot ticket to a candidate backed by him. 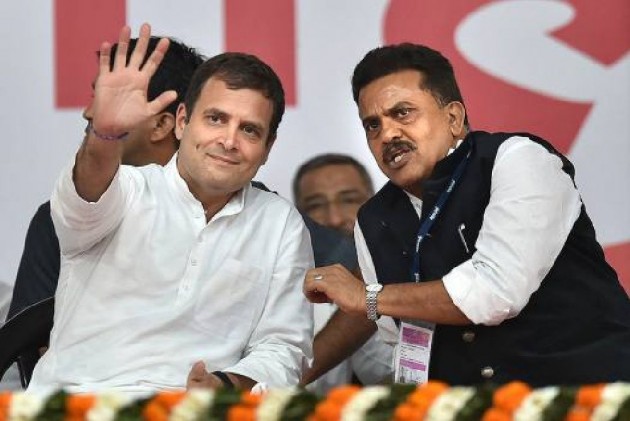 Congress leader Sanjay Nirupam on Friday predicted that in the upcoming Maharashtra polls the Congress Party will lose all the seats in Mumbai barring a few as the tickets for the October 21 polls have been distributed "haphazardly".

The leader has openly threatened to sever ties with the party as he is miffed ever since Congress refused to allot ticket to a candidate backed by him.

Nirupam claimed that a conspiracy is being hatched against those in the party who support Rahul Gandhi.

"I had asked to field a candidate of my choice in Versova. A conspiracy is being stitched in Delhi where people who are working with Rahul are being demeaned and thrown out of the party system. I am an example of this. You have seen it happened with Ashok Tanwar. Tripura Congress chief also faced the same problem," he told reporters in Mumbai.

"Except for 3-4 seats in Mumbai, deposits of Congress candidates will be forfeited. Names of candidates have been finalised without conducting any survey. Those working around Sonia don't understand how things work. Whatever AICC general secretary says is considered as final. Earlier, the party had a system to take feedback from the ground-level workers. Today, that system is no more. There is a systematic fault in Congress. If it is not fixed then it will damage the party," the Congress leader said.

"A 77-year-old man who finished third in the last election and unable to walk has been given a ticket. The party would have asked what he had done after he lost the election. He has no visibility. He did not even ask for a ticket and had applied for it through his son," he said.

Nirupam, a former Mumbai Congress president also announced that he would not campaign for the party ahead of state polls.

"I don't think I would want to leave the party but if the things within the party continue to be like this, then I don't think I can be in the party for long. This decision has been taken to demean Sanjay Nirupam or anyone associated with Rahul Gandhi. I condemn it and announce that I will not participate in the poll campaign," he said..

Maharashtra will go to polling on October 21 and the counting of votes will place on October 24.