'Mahagathbandhan' Will Give Rise To 'Mahabhrashtachar’, Says PM Modi

During an election meeting in Pratapgarh on Saturday, Prime Minister Narendra Modi said that the Congress has been reduced to the status of 'vote katwa' party, and it will soon witness its ‘downfall’. 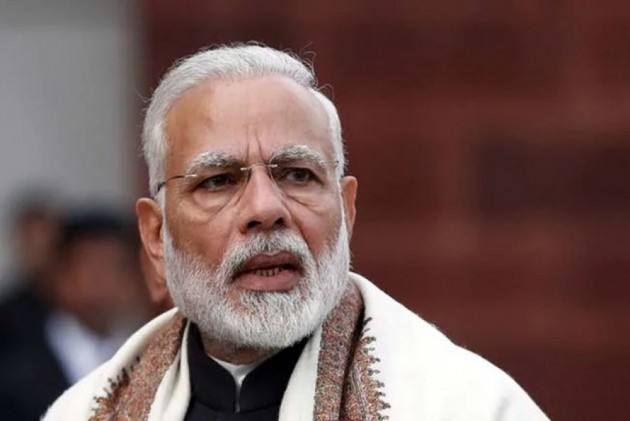 Stepping up his attack on the opposition, Prime Minister Narendra Modi on Saturday said that the 'mahagathbandhan' (grand alliance), will give rise to 'mahabhrashtachar' (grand corruption)'.

Modi said that the Congress has been reduced to the status of 'vote katwa' party, and it will soon witness its "downfall".

"See its (Congress) downfall," he said, as he made a no-holds barred attack against party president Rahul Gandhi, warning him that he will succumb to "ahankaar" (self pride).

Modi said while a Congress leader is sharing the stage with the Samajwadi Party (SP), with an apparent reference to Priyanka Gandhi, who was present at an SP meeting in Raebareli this week, the Bahujan Samaj Party (BSP) is attacking the grand old party.

"The SP is going soft on the Congress, but its alliance partner BSP chief Mayawati is attacking the grand old party," he said at an election meeting at Pratapgarh in UP, apparently to drive a wedge between the two allies.

Attacking the Congress, Modi said the "Mr Clean" image of the then Prime Minister Rajiv Gandhi, became "corrupt number one".

He also recalled how the Congress had withdrawn support from governments at the Centre in the past, leading to political instability.

"Only the BJP can give a stable government," he said, as he led the gathering chanting "phir ek baar ...Modi sarkar (once again, Modi government)".