Maharashtra Among Five States To Withdraw General Consent To CBI 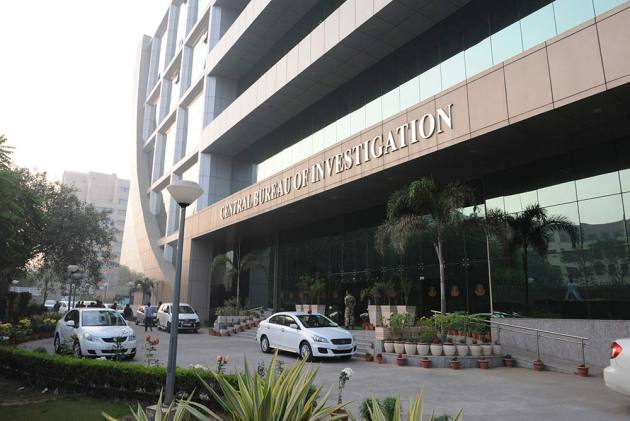 Maharashtra is the fifth state to withdraw general consent for CBI operations within its territory, a move that came in the backdrop of the central agency taking over a Lucknow police FIR to investigate alleged TRP manipulations by TV channels when Mumbai police were already probing the matter.

The move comes amidst the opposition's allegations that the Centre is using the agency to circumvent investigations by the state police especially in the cases related to the death of actor Sushant Singh Rajput and the TRP scam.

The governments of West Bengal, Rajasthan, and Chhattisgarh had recently withdrawn the general consent to the Central Bureau of Investigation (CBI), a kind of blanket nod for the agency to probe scheduled offenses specified in the Delhi Special Police Establishment Act (DPSE) Act, 1946.

The CBI also lacks a "general consent" from Mizoram.

Unlike the National Investigation Agency (NIA) which has a countrywide jurisdiction to take over any case related to terrorism, the CBI requires the consent of the state government under section 6 of the DPSE Act, the law that governs the agency's functioning.

However, recently the Calcutta High Court had given a reprieve to the CBI by allowing it to act against Central government officials in a state even without general consent, saying "...the Central Government/CBI's power to investigate and prosecute its own officials cannot be in any way impeded or interfered by the State even if the offenses were committed within the territory of the State...".

Mizoram, while according to consent to the extension of power and jurisdiction of DSPE in the state last year, put a condition that every individual case needed prior approval of the state government.

The CBI probe into the TRP scam on the basis of a Lucknow police FIR became a flashpoint with the Maharashtra government, triggering the withdrawal of general consent to the agency by the state government on Wednesday.

Mumbai police had busted the racket of Television Rating Point (TRP) manipulation on October 6, arresting four persons including two Marathi channel owners and two former employees of Hansa agency that has been involved in the process of determining the TRPs.

TRPs are a tool to judge which TV programs are viewed the most and also indicate the viewers' choice and channels' popularity.

Mumbai police commissioner Param Bir Singh had told reporters that Republic TV news channel was involved in the racket and those responsible will be arrested, be it its director, promoter, or any other employee.

The channel had moved the Supreme Court seeking that the probe is handed over to the CBI among other requests. On October 15, however, the apex court refused to entertain the plea and asked the channel to move to Bombay High Court.

On October 17, Uttar Pradesh police registered an FIR on a complaint from one Kamal Sharma, working with an advertising company and claiming that he has "reliable information" that "certain unknown accused" with a "common intention" entered with criminal conspiracy to manipulate TRPs.

Within 24 hours, Additional Chief Secretary of Uttar Pradesh Awanish Kumar Awasthi recommended a CBI probe with an attached proforma stating that "preliminary investigation was started by the local police. During the deliberation of the said indictment, prima facie, facts related to Uttar Pradesh and other provinces have also come to light".

On October 19, the Centre issued a notification asking the CBI "for furnishing comments regarding the feasibility of undertaking the investigation into the matter". The very next day, the agency registered a case.

Defending the decision of keeping the CBI out of Maharashtra, the state Home Minister Anil Deshmukh said, "The CBI had been given a free pass by the earlier government. We have withdrawn it. We thought about political scores being settled through the CBI. So we have withdrawn the permission granted earlier to avoid such a thing happening.

"Earlier, CBI had taken up the investigation in some cases. We are concerned about the use of CBI to intervene in the ongoing TRP scam and hence Maharashtra decided to withdraw its permission."

Deshmukh said a Supreme Court judge, a few years ago, had described the CBI as the "government's parrot".

"We want to avoid it happening now," the minister had said.

Recently, the CBI has taken over an FIR registered by Patna Police into allegations of abetment to suicide in the death of actor Sushant Singh Rajput even when Mumbai Police was probing the case.