The rescue teams comprising the National Disaster Response Force (NDRF) and police are working round-the-clock to save those stuck under the debris. 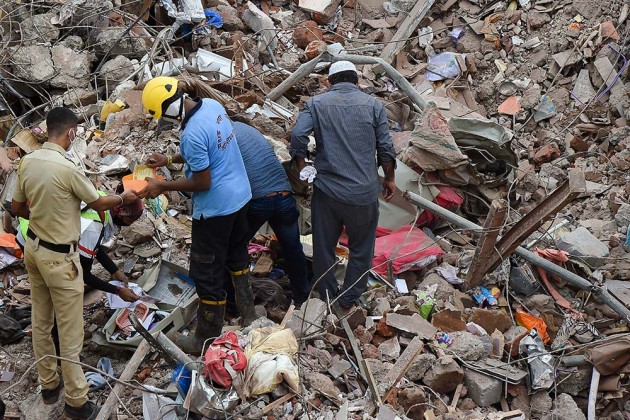 With the recovery of two more bodies, the death toll in the building collapse incident in Maharashtra's Raigad district reached 15 on Wednesday, a police official said.

There is no likelihood of any more people buried under the rubble, the official said.

"The bodies of a 70-year-old man and a 60-year-old woman were recovered in the early hours. This took the death toll in the incident to 15," Superintendent of Police, Raigad, Anil Paraskar told PTI.

The five-storey building - Tareq Garden- in Mahad down, around 170 kms from Mumbai, collapsed on Monday evening.

The rescue teams comprising the National Disaster Response Force (NDRF) and police are working round-the-clock to save those stuck under the debris.

"Although there is no likelihood of any more people stuck under the rubble, the search and rescue operation is still on. The debris is being cleared," Paraskar said.

On Tuesday, a four-year-old boy and a 60-year-old woman had been rescued.