The decision was taken at a meeting of the cabinet chaired by Chief Minister Devendra Fadnavis. 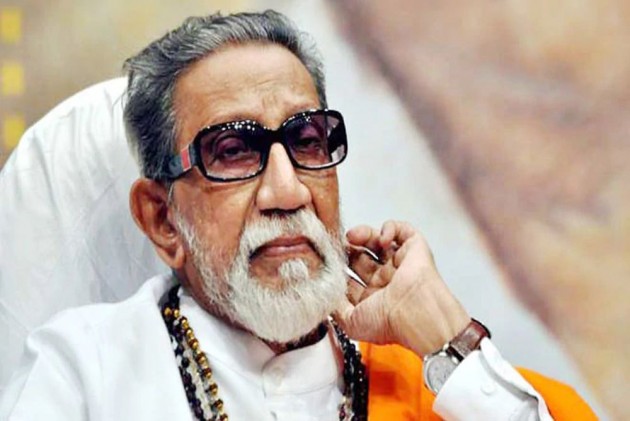 The Maharashtra government on Tuesday decided to construct a memorial for Shiv Sena founder, BalÂ Thackeray, a move that comes amidst growing bitterness between the ruling NDA constituents - BJP and Shiv Sena.

The memorial will be constructed at the cost of Rs 100 crore at DadarÂ in Mumbai where the last rites of the iconic Shiv Sena leader were performed. The site is in Shivaji Park area where Mumbai Mayorâ€™s bungalow was located earlier.

The decision was taken at a meeting of the cabinet chaired by Chief Minister Devendra Fadnavis.

Cabinet Minister Sudhir Mungantiwar said, â€œRelations between BJP and Shiv Sena were always good and will remain so. There is a strong probability of forging an alliance as well.â€Â

â€œBalasaheb Thackeray has always been a respectable and great leader. Hence the Cabinet has decided to construct a grand memorial in his memory, which will inspire the youths,â€Â added Mungantiwar.

Shiv Sena, which is a part of the BJP-led governments at the Centre as well as the state, has been bitter with the BJP and has declared that it will contest the upcoming Lok Sabha polls separately.

The funds for the memorial will be provided by the Mumbai Metropolitan Region Development Authority (MMRDA). The Cabinet decision to fund the memorial comes days after a petition was filed in the Bombay High Court against the proposal for constructing Balasaheb Thackeray memorial at the Mayorâ€™s bungalow, which is said to be a green zone.

The petition, filed by social worker Santosh Daundkar, seeks the cancellation of orders for the change of land use (CLU) of the said property. The proposed memorial is also said to be in the violation of coastal regulatory rules.

The petition â€œimpugns the decision of theÂ MaharashtraÂ Coastal Zone Management Authority (MCZMA) to refuse to take cognizance of conspicuous violations of law particularly that of Environment Protection Act, 1986 and the Coastal Regulation Zone Notification, 2011, in the matter of change of use of the land earmarked for Mayor's Bungalow and Recreation ground.â€Â

Thackeray, who was an influential figure inÂ MaharashtraÂ politics, began his professional career as a cartoonist with the English language daily 'The Free Press Journal' in Mumbai, but left it in 1960 to launch his own political weekly 'Marmik'. His political philosophy was largely shaped by his father Keshav Sitaram Thackeray, a leading figure in the SamyuktaÂ Maharashtra(UnitedÂ Maharashtra) movement, which advocated the creation of a separate semantic state.

Through â€˜Marmikâ€™, Thackeray campaigned against the growing influence of non-Marathis in Mumbai. In 1966, Thackeray formed the Shiv Sena to fight for the interests of Maharashtrians in Mumbaiâ€™s political and professional landscape.