Uddhav's son and first-time MLA Aaditya Thackeray will handle the tourism, environment and protocol, according to news agency PTI. 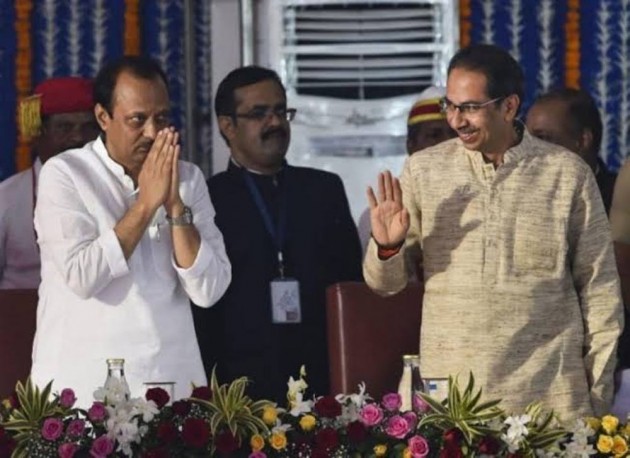 NCP leader and Maharashtra Deputy CM Ajit Pawar will be the finance minister while Congress' Balasaheb Thorat will be the revenue minister under the Uddhav Thackeray-led state government. Anil Deshmukh, another senior NCP leader, has been trusted to head the home ministry.

Uddhav's son and first-time MLA Aaditya Thackeray will handle the tourism and environment ministry, according to news agency PTI.

Nitin Raut will handle new Energy portfolio, while former Chief Minister Ashok Chavan has been given the Public Works Department.

The chief minister has kept the general administration department (GAD), information and technology, and law and judiciary departments with himself.

Meanwhile, a disgruntled Congress MLA threatened to resign after he was ignored in the recent expansion of the state cabinet. Congress MLA from Jalna Kailash Gorantyal on Saturday said he would resign from party posts along with several office-bearers and workers.

The list of portfolios to be allocated to ministers was sent to the governor on Saturday evening, state NCP chief Jayant Patil earlier said.

The Maharashtra Vikas Aghadi government had come under severe criticism from the opposition BJP for the delay in the allocation of portfolios despite being in power for over a month now.

Chief Minister Thackeray and six of his council members - two each from the Shiv Sena, NCP and Congress - took oath on November 28.

Thackeray expanded his month-old ministry on December 30 by inducting 36 ministers.