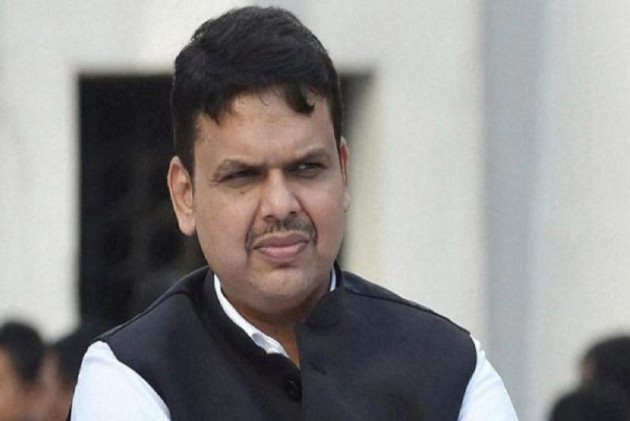 Senior BJP leader Devendra Fadnavis on Sunday dismissed Maharashtra Chief Minister Uddhav Thackeray's contention that relocating the metro car shed project to Kanjurmarg from Aarey Colony in Mumbai would serve future needs, including the availability of land that might be required for the expansion of the infrastructure for metro lines.

Fadnavis, who is the Leader of Opposition in the state Legislative Assembly, said it seemed the CM has not read a report of a committee set up by his own government on the "financial implications" associated with relocating the project site.

Addressing people through a live webcast, Thackeray appeared reaching out to the Centre and opposition BJP on the issue as he appealed for resolution through dialogue, days after the Bombay High Court stayed allotment of land in Kanjurmarg for the proposed integrated metro car shed project.

Everything You Need to Know About the Aarey Colony Protest

Fadnavis, however, said in a statement that the BJP didn't believe in working for taking credit.

Thackeray said that by shifting the car shed from Aarey, the state government saved a forest as well as the environment.

"The Aarey site for Metro Line 3 car shed was scrapped as more land would have been required in future at the cost of the forest. The Kanjurmarg site will serve for the next 50 to 100 years.

"CM Thackeray's remark that additional land would have been required for the car shed in future had it came up in Aarey was misleading," Fadnavis stated.

He asked the Chief Minister to make report of the high-powered committee public, "as it mentions financial losses the state will incur if the project is shifted to Kanjurmarg, besides delaying the project by four years".

"Why are you hiding the fact that the construction work at Aarey cannot be stopped even if the car shed is shifted to Kanjurmarg? The (construction of) underground tunnels is being carried out keeping in mind the Aarey land...The work is 80 per cent complete," Fadnavis said.

He reiterated that relocating the car shed project from Aarey will "result into waste of time and money".

The BJP leader said it (site of the car shed) was not a prestige issue for his and his party.

"People of Mumbai have already suffered a lot. They shouldn't be subjected to more trouble," he said.

The High Court on Wednesday stayed the order passed by Mumbai suburban district collector allotting 102 acres of salt pan land in Kanjurmarg area here for the construction of an integrated metro car shed.

A division bench of Chief Justice Dipankar Datta and Justice G S Kulkarni also restrained the authorities from carrying out any construction work at the said land.

The Centre and the Shiv Sena-led state government are locked in a tussle over ownership of the land earmarked by the state for constructing the car shed depot which was earlier planned at Aarey Colony, a green belt in suburban Goregaon.

The previous BJP-led government in the state had decided to construct the car shed for the Mumbai Metro line 3 at Aarey Colony, despite opposition from environmentalists and activists to the vast tree-cutting for the project.

The present Uddhav Thackeray-led MVA government -- comprising the Shiv Sena, NCP and Congress -- recently took a decision to shift the car shed from Aarey to Kanjurmarg.

In his virtual address, Thackeray also said Aarey car shed spread over 30 hectares was just for Metro line 3, while the 40-hectare Kanjurmarg land would be used for a car shed for Metro lines 3, 4 and 6.

It will also be a junction for Metro line 14, which will go up to Ambernath and Badlapur (in neighbouring Thane), Thackeray said justifying the choice of the land at Kanjurmarg for the Metro car shed.

He said the "costliest" land in the Bandra-Kurla Complex (BKC) here was given for the Central government''s bullet train project, despite opposition.

"We did not create obstruction. If you create problems in Kanjurmarg and we do in the BKC, creating problems in each others' projects will serve no purpose," he said.

There should not be haste in development, he said. Development should be long-lasting, the CM said, adding the Kanjurmarg project will be useful for the next 50 to 100 years.