Maharashtra Covid Surge: 12-Hour Curfew For One Week In Pune

Amid rising Covid-19 cases, Pune has decided to impose a daily 12-hour curfew that is going to start from 6 pm tomorrow. 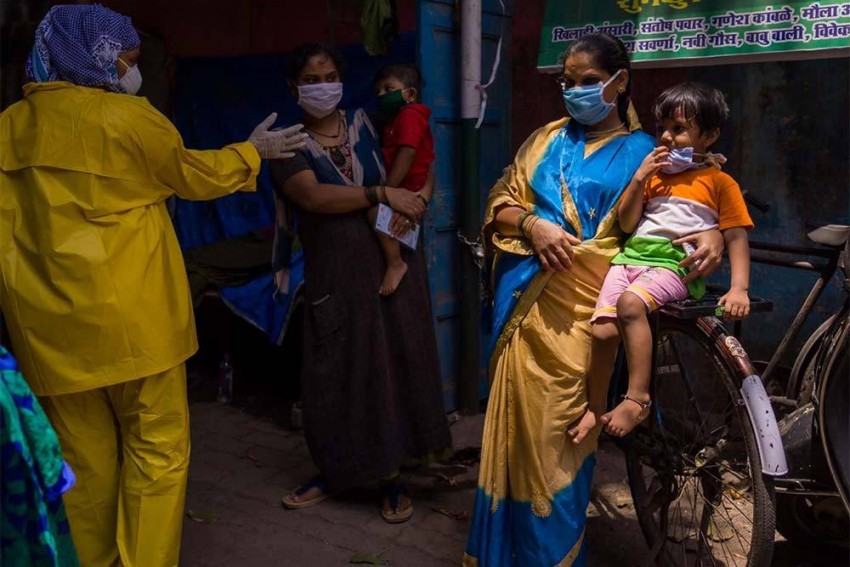 In the wake of an exponential rise in Covid-19 cases, the administration in Maharashtra’s Pune has decided to impose a daily 12-hour curfew that is going to start from 6 am tomorrow.

The curfew will start from 6 pm and continue till 6 am.

The new restrictions are to be followed for one week, with a review scheduled for next Friday.

How Safe Is It To Have Sex After You Take Covid Vaccine? Experts Advise Caution

According to the order, all religious places, shopping malls, restaurants, and movie theatres are going to remain closed during the week and only essential services will be allowed.

The administration introduced these "stricter restrictions" in the district, which reported more than 8,000 COVID-19 cases in the past two consecutive days.

The decision to impose these curbs was taken during a review meeting chaired by Deputy Chief Minister Ajit Pawar here on Friday.

"These stricter restrictions will be applicable for seven days from Saturday. As part of it, there will be a curfew from 6 pm to 6 am. Eateries, bars and restaurants will remain closed, but home delivery of the food will continue," Pune divisional commissioner Saurabh Rao said.

"Malls, cinema halls will remain shut for seven days from Saturday. All religious places will also be closed for a week," he said.

Except weddings and last rite rituals, all other public gatherings have been banned in the district. Only 50 people will be allowed to attend a wedding and only 20 people can remain present for the last rites, he added.

He said that essential services have been exempted from the curfew.

"Only the students of Classes 10 and 12, and the candidates preparing for MPSC exam will be allowed to carry out their regular academic activities," he added.

"All these decisions were taken in view of the surge in COVID-19 cases in the last few days. The situation is becoming critical. In the last one week, the positivity rate of the district has crossed 32 per cent," Rao said.

Till last Friday, the positivity rate was around 26-27 per cent. But in last one week, it went beyond 32 per cent and the per day tally of the cases is also around 8,000, he said.

Rao said that as per the assessment by experts, if this growth rate does not change, the district will surpass the 9,000-mark (o COVID-19 cases) in the next two days.

The situation will be reviewed after seven days when further decision will be taken, he said.

According to him, efforts were on to increase the number of beds in hospitals in the district.

"Since vaccination is the key to bring down the impact of infection, the speed of giving vaccines will be increased in the coming days," he said.

As far as testing ratio of the district is concerned, it is the highest in the state. On Thursday alone, 29,000 tests were carried out, he said, adding, "But we want to increase the testing ratio further."

The administration will focus on adding more oxygenated and ICU beds in the private as well as government-run hospitals, he said.

The administration is in constant touch with private hospitals to increase the number of beds, Rao added.

"We want to achieve the highest bed availability by April 5 and if the case scenario remains the same, we will have to declare some hospitals as 100 per cent COVID-19 hospitals," he said.

In order to break the virus chain, monitoring of patients in home isolation will be done effectively and focus would be given on testing of super-spreaders, he said.

BJP Lok Sabha member from Pune, Girish Bapat, who also attended the meeting, opposed the decision to stop the PMPML bus services and imposition of curfew from 6 pm.

"We oppose the decision to suspend the PMPML service as majority of the working class is dependent on the public transport system. We as a party will take further course of action on the decision of PMPML," he said.

He also suggested that the earlier curfew timing of 8 pm to 6 am should be kept unchanged and the administration should ensure that more than five people do not gather.

Bapat said that while implementing the restrictions, police should avoid using force, such as lathicharge, on common people.

"People should fear the police, but they should not feel terrorised," he said.