Authorities in Aurangabad in Maharashtra have asked ration shops, gas agencies and petrol pumps to supply groceries and fuel only to those with at least one dose of the Covid-19 vaccine. 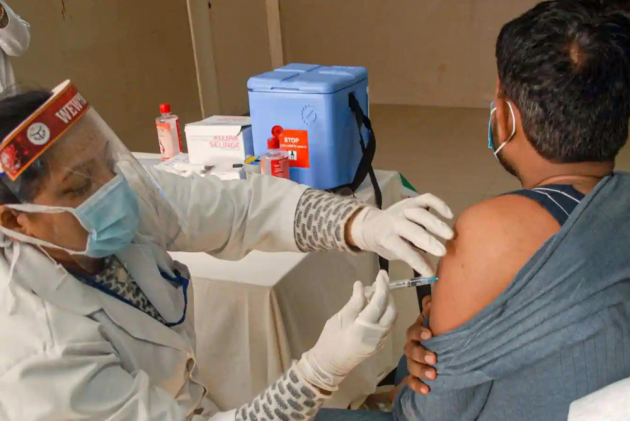 In a bid to increase vaccination numbers in the area, the district administration of Aurangabad in Maharashtra has come up with a unique solution.

The district administration here in Maharashtra has asked ration shops, gas agencies and petrol pumps to supply groceries and fuel only to those citizens who have taken at least one dose of vaccine against Covid-19, officials said on Wednesday.

Aurangabad ranks 26th in terms of vaccination among 36 districts in the state, they said.
About 55 per cent of the eligible people in the district have been inoculated so far, compared to 74 per cent in the state, officials said.

In an order issued on Tuesday night, Aurangabad Collector Sunil Chavan directed authorities of the fair price shops, gas agencies and petrol pumps to check the vaccination certificates of customers, an official said.

If the order is not followed, the administration will take action against the person/s concerned under the Disaster Management Act and the Epidemic Diseases Act, he said.

The collector had recently also ordered that people who have not taken a single dose of the Covid-19 vaccine will not be allowed entry at historic sites and monuments in Aurangabad, after the vaccination figures in the region were found to be low.

In order to step up the vaccination drive, the Aurangabad zilla parishad has decided to extend the inoculation process in the evening, another official said.

"Many people work in agricultural fields from morning to evening. Hence, to facilitate their inoculation, the zilla parishad will undertake vaccination from 5 pm to 8 pm in the district," the zilla parishad's health officer Sudhakar Shekle said.

The first such drive was organised on Tuesday in Kaygaon village, located on the Aurangabad-Ahmednagar district border, and 100 doses were given to residents, he said.
Public announcements were also being made to create awareness amount the importance of vaccination, he added.