Maharashtra’s social fabric is undergoing a tough change. While the sons of farmers are finding it an uphill task to get brides, their sisters do not want farmers as husbands. 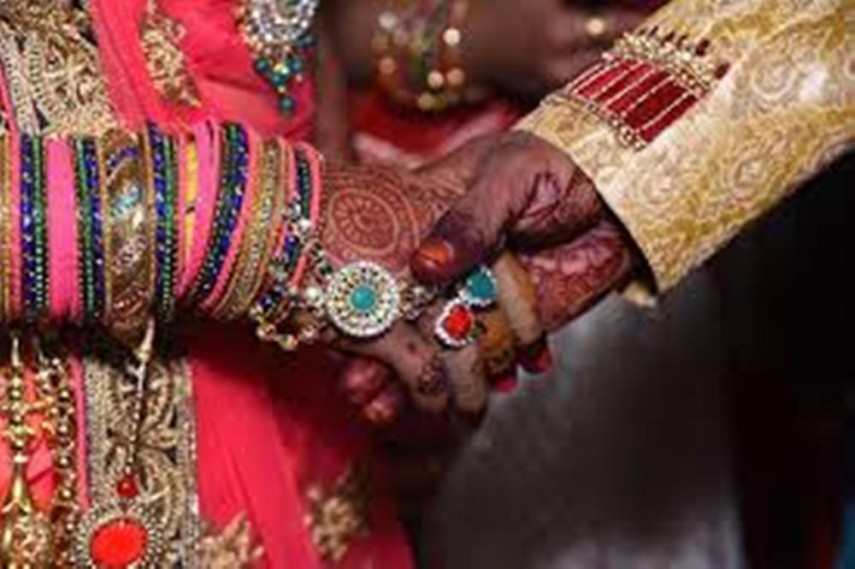 Sixty-year-old Genubai Shelar has one wish – to find a suitable bride for her 39-year old son Sushil. He is a graduate in Agriculture and has about 30 acres of farmland in Pathardi village in Maharashtra. Though the search for a bride started a decade ago, Sushil is yet to find one. As the months advanced into years and then into a decade, Genubai has diluted her definition of a suitable bride - now any girl will do, educated or illiterate and caste is no bar. “I want to see my son married before I die. That is all I wish for now,” said Genubai. Sushil is a farmer.

Kishore Pise, 30, lives in Januna village in Maharashtra and has 15 acres of irrigated land. He is a graduate in commerce and has an advanced diploma in Marketing. He has been looking for a bride for the last three years. Though his family has approached about 25 families seeking their daughters in marriage, none of these families want Kishore as their son-in-law. He is a farmer.

Maharashtra’s social fabric is undergoing a tough change. While the sons of farmers are finding it an uphill task to get brides, their sisters do not want farmers as husbands. Girls want city husbands with a steady income and are unwilling to settle for anything less. This change which crept in slowly has now caught on and is tugging at the “traditional” family structure in rural Maharashtra. The number of unmarried males have been steadily increasing, said many.

Eighteen-year-old Swati Maldade, the daughter of a farmer who died by suicide, has moved out of her village and has enrolled for a nursing course in Mumbai. She has a part-time job as a restaurant hand. While her mother and siblings continue to live in the village, Swati is adamant that she will not live the life her mother does. “I have seen my mother struggling to run the house even when my father was alive. After he died, she had to pay off debts. She has no jewellery and lives on three saris. Only when one is in tatters does she buy another. I try to send her some money every month. Do you think I want to marry a farmer after this?” questioned Swati.
Those like Genubai have sought divine intervention to solve their dilemma. She has started fasting on Fridays and worships Goddess Durga, to help Sushil find a bride. A decade ago, Genubai was sold on finding a “fair, slim and family-oriented” girl for her son. However, the years of struggle to find a bride has chiselled away the requirements leaving “any girl will do” longing in her heart.

Ditto is the case with Kishore. His family too has scaled down on the bridal aspirations and have now settled for “any educated girl will do”.

When 26-year old cotton farmer Vishwas Kale realised that he may not find a bride if he continues to farm, he hit upon a novel idea. Vishwas set up a Kirana shop in his village. Once married, he shut down the shop and went back to farming. This was two years ago. Since he shut down the shop, his wife has gone back to stay with her parents and has refused to come back to him. “If she says start the shop he has to do it. Where will he find another girl?” said a source related to Kishore.

The agrarian crisis, farmers’ suicides, lack of better living standards, small holdings, reducing profitability in agriculture and mounting debts have made the search for a bride a challenging task for farmers. “I have two daughters and I will never marry them off to a farmer, though I am a farmer. I raised my daughters through great hardship and I do not want them to live a life of struggle and poverty,” said Sunil Bembade, a farmer from Ausa in Latur district located in central Maharashtra.

Repeated crop failures, falling groundwater levels, over-dependence on monsoons and inconsistent government policies spread across several decades are the contributing factors for the marginalisation of farmers. Many of the young farmers are migrating to the cities and picking up jobs in order to find brides, said sources. “Many marriage bureaus do not even list the names of boys if they mention their occupation as agriculture.

In the drought-hit districts of Maharashtra weddings have come down by nearly 50 per cent, said an owner of a private hall - in Osmanabad in central Maharashtra - which is rented out for weddings and other functions. Despite the ongoing wedding season, the bookings are low, he said. “This is not due to Covid. If there are no girls whom will the boys marry?” he said.

According to sources, the major reason for the farming communities such as Marathas, Patidars, Gujjars and Jats aggressively demanding reservation in government jobs is to also enhance their social status. The crisis in agriculture has hit not only the economic status of the farming communities but also their social standing. “Through government jobs these farmers want to raise their status and get married to educated girls,” said the source.

Rural Maharashtra has seen a spurt in educational institutes which offer professional courses such as beauty, baking, nursing and fashion designing etc. Many girls have started studying English through online classes. The Skill Development and Entrepreneurship Department set up by the Maharashtra Government in collaboration with the United Nations has set up the “Skill Sakhi” programme with a focus on the quality mobilisation of women in the rural areas of the state. Rural women can explore alternative income apart from agriculture. It focuses on bridging the gap among women and girls on skill development, creating employment and entrepreneurship opportunities. This is helping empowerment of women and girls in a big way, making the “bride searching” task tougher.