Farmers were protesting the non-payment of crop insurance, loan waiver and crop damage due to the recent unseasonal rains. 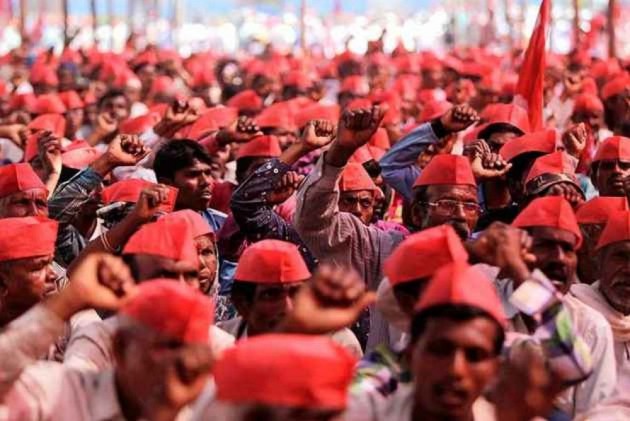 Several farmers and a newly-elected Maharashtra MLA were detained on Thursday when they took out a protest march towards the governor's house in Mumbai over various demands, including crop loan waiver, police said.

Bachchu Kadu, the Prahar Janshakti Party head who won the last month's state polls from Achalpur in Amravati district, led the march to raise concern over various problems of cultivators, including non-payment of crop insurance, loan waiver and crop damage due to the recent unseasonal rains.

Kadu and the farmers had planned to stage a protest at Raj Bhawan, located at Malabar Hill in south Mumbai, to put forth their demands before Governor Bhagat Singh Koshyari as the state is under President's rule since Tuesday.

But, they were detained at Marine Drive in south Mumbai, a police official said, without specifying the number of cultivators taken into custody.

Untimely rains damaged crops on over 70 lakh hectare of land in the state, an official earlier said.

The state recently approved Rs 10,000 crore as a special provision to provide immediate assistance to farmers affected by the unseasonal showers.

NCP chief Sharad Pawar, whose party is in talks with the Congress over possible formation of government in Maharashtra with support of the Shiv Sena, said he will on Thursday meet farmers in Nagpur district whose crop was damaged during unseasonal rains.

As President's rule was imposed in the state, Congress leader Balasaheb Thorat on Wednesday said, "In the absence of government the MLAs should visit farmers and ensure they receive financial aid."