All elected members in Maharashtra assembly should take oath on November 27, the top court said. 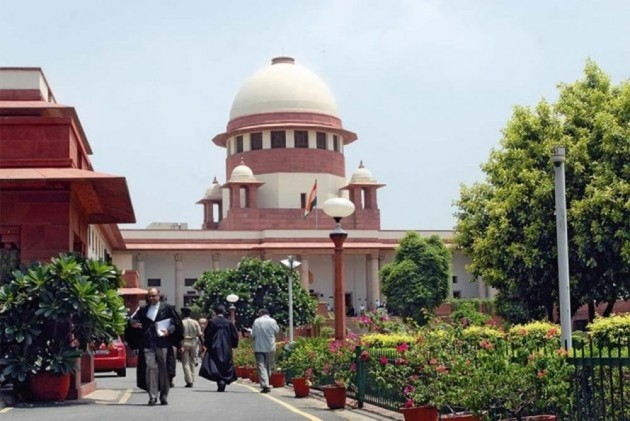 The Maharashtra Assembly floor test will be held on Wednesday and the entire process will be live telecast, Supreme Court ordered on Tuesday. (Catch all live updates on Maharashtra political crisis here)

A bench comprising Justices N V Ramana, Ashok Bhushan and Sanjiv Khanna also said the entire proceedings has to be telecast live. Voting in the assembly shall not be on the basis of a secret ballot, it said.

The Supreme Court said the exercise should be over by 5 pm on Wednesday and no secret ballot during the floor test in Maha assembly should be allowed.

The apex court also directed Maharashtra Governor Bhagat Singh Koshyari to ensure that all elected members of the house are sworn in on Wednesday itself. The entire exercise has to be completed by 5 pm.

The Governor will also appoint a pro-tem speaker who will administer the oath to the newly elected members.

The apex court has given eight weeks' time to the respondents to file a reply.

The court said it is necessary to pass an interim order for the floor test to determine the majority in Maharashtra, which is essential to uphold democratic values and the citizens' right to good governance.

The court observed that there is a need to respect the separation of jurisdictions of the legislature and courts and the latter's intervention should only be as the last resort. Justice Ramana said, "This is one such case."

The court observed MLAs have not been administered the oath, though a month has passed since the declaration of election results in Maharashtra. It said that an interim order for conducting the floor test is essential to avoid horse-trading and corrupt methods deployed to gain a majority.

Earlier, in an unprecedented hearing on Sunday on the brewing political drama in Maharashtra, the Supreme Court had asked the Solicitor General to produce letters of support, used by Fadnavis in staking claim to form the government, on Monday morning at 10.30 a.m. for passing orders.

The court had said it will decide on taking the call, prayers in the petition of Shiv Sena, Congress and NCP, on immediate floor test after examining the Governor's order inviting Fadnavis to form the government in the state.

Senior advocate Mukul Rohatgi, representing a few BJP MLAs and two independent MLAs, had submitted before the bench that the petitioners were "sleeping for 19 days", and now they have moved the apex court seeking a floor test to be conducted today itself.

"I will bring out all the facts, for this, I need two or three days," Rohtagi had said.

Senior advocate Abhishek Manu Singhvi, appearing for Congress and NCP, had said either the court should order a composite floor test or the BJP should be asked to prove their majority, and that this process be done by Sunday or Monday.