The Raj Bhavan termed the meeting as a 'courtesy call'. 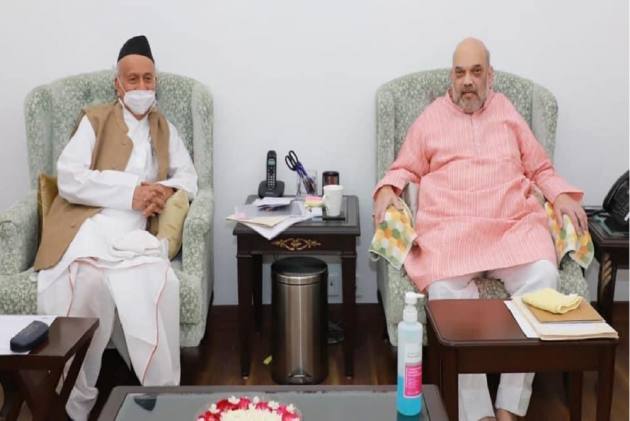 The Raj Bhavan termed the meeting as a "courtesy call".

The Bombay High Court Friday ruled that the state governor was duty-bound to decide on the MLC nominations within "reasonable time". The meeting between the governor and Amit Shah took place on Friday evening.

The delay by Koshyari in taking a decision on the proposal sent by the Maharashtra cabinet to nominate 12 persons as Members of the Legislative Council (MLCs) from his quota has become a major bone of contention between him and the Maha Vikas Aghadi (MVA) government of Shiv Sena-NCP-Congress in the state.

The Bombay High Court, while hearing a petition filed by a Nashik resident seeking a direction to the governor to decide on the nominations, had said on Friday that the governor has a "constitutional obligation" to either accept or reject "within reasonable time" the proposal sent by the state cabinet to nominate 12 persons as MLCs.

Eight months had passed since the state cabinet sent the list of persons for nomination to the Upper House to governor Koshyari and this was "reasonable time", a division bench of Chief Justice Dipankar Datta and Justice G S Kulkarni had said.

The cabinet headed by Chief Minister Uddhav Thackeray had recommended 12 names to be nominated to the council from the governor's quota in November 2020. The term of the legislators from the his quota had ended in June last year.

The government had argued that the governor should have accepted its proposal on nominations and he cannot keep his decision pending.