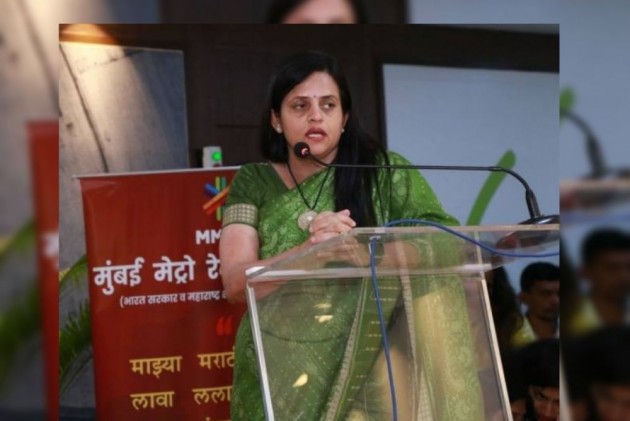 Amid the ongoing controversy over the metro car shed here for line-3 trains, Chief Minister Uddhav Thackeray has stripped Ashwini Bhide from the post of Managing Director of Mumbai Metro Rail Corporation (MMRC), which is implementing the project.

Bhide will be replaced by Ranjit Singh Deol who is currently serving as the vice chairman and MD of Maharashtra state road transport corporation.

The reshuffle comes just a week after the Maharashtra government transferred 22 IAS officers.

Last week, Bhide was elevated to the post of principal secretary.

However, during the reshuffle, she has not been given any other charge.

Aditya Thackeray, who is also the Maharashtra tourism and environment minister, had last year sought Bhide's transfer for ordering felling of trees at the Aarey colony, famous as the 'lungs of the city'.

The corporation is executing the Colaba-Bandra-Seepz Metro-3 corridor.  Bhide's defence of the metro shed had drawn flak from activists as well as political parties.

An IAS officer of 1988 batch, Bhide was very active on social media and used to post progress of the 33 km metro corridor.

A release from MMRC recently mentioned that 100 per cent tunneling work of the project will be completed by September this year.

Apart from this, the Corporation hopes to complete 70 per cent of civil work and get the first rolling stock by December 2020, MMRC said in a statement.

Currently, more than 70 per cent of the tunnelling work across the 33 km corridor has been completed.