The assembly elections in Maharashtra and Haryana, and by-polls in 64 Assembly seats, present the Congress party a chance to halt the saffron juggernaut and regain its lost glory 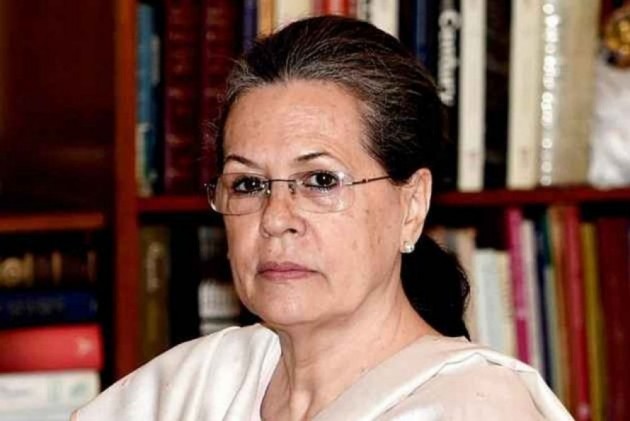 The assembly polls and by-elections – the first major electoral exercise since the Lok Sabha polls – present the Congress party a chance to halt the saffron juggernaut which had crushed the Grand Old Party in May this year. The task ahead for interim Congress president Sonia Gandhi is cut out. Sonia must give the party a new narrative, stem the exodus of party leaders, keep existing allies close while scouting for newer ones and, above all, jolt the Congress out of its inertia.

Shocked by the magnitude of the Lok Sabha poll rout, most Congressmen spent much of the past four months pleading with Rahul Gandhi to stay on as party president. On August 10, the party decided to back-peddle in the hope of moving forward. It prevailed upon the ailing 72-year-old Sonia to come out of her semi-retirement and take over as interim chief. In the meanwhile, many Congress leaders, unsure of their political future in a rudderless party, took a more ‘practical’ course – jumped ship to the BJP.

While the Congress struggled with its poll-debacle stress disorder, the BJP presented a study in contrast. Despite the comfort of a renewed and enlarged mandate to govern India, Narendra Modi and Amit Shah did not rest easy on their laurels. Instead, they accelerated their electoral aggression. Decisions like enactment of the law criminalising instant triple talaq and the abrogation of Article 370 were taken within the first three months of the new Modi government, endearing the BJP further to its voter base. In Maharashtra, Haryana and Jharkhand, chief ministers Devendra Fadnavis, M.L. Khattar and Raghubar Das, respectively, launched yatras to solicit a renewed mandate for their governments projecting themselves as foot-soldiers of the Modi-Shah duo.

With the scales of electoral fortune palpably tilted in favour of the BJP and its allies still, the Congress under Sonia, sources say, may attempt a new electoral strategy – one that makes various decisions taken by Rahul Gandhi during his 18-month presidency appear like an aberration.

On September 12, when Sonia belatedly convened a meeting of her party’s top central and state leaders, her frustration at seeing a Congress she had revived from the wilderness in 1996 to 2004 descend once again into an existential crisis was evident.

Sonia urged her party leaders to “stand up fearlessly to fight on the streets, fight in villages, towns and cities.” She admitted that the party’s “resolve and resilience is under severe test” and underscored the need to “have a concrete agitational agenda on issues of pressing concern to the people”. In a comment that seemed aptly aimed at her own son and many of his confidantes in the party – the Young Turks like Jyotiraditya Scindia and Milind Deora – who see Twitter as their weapon for a political revolution, Sonia said, “it is not enough to be active and aggressive on the social media… go to the people directly.” Rahul, who was not present at the meeting, clearly missed the memo and continues to be a Twitter warrior.

Sonia admitted that in the poll-bound states “it is only if we keep party interests and nothing else other than party interests uppermost in our minds, that we will regain our lost position.”

Kumari Selja, who was appointed Haryana Congress chief earlier this month, told Outlook, “There have been differences between various party leaders in the states and many senior leaders have quit the party thinking they had a better future with the BJP. However, those who are still in the Congress need to abide by party discipline. We can’t change our views on critical issues only because the BJP’s take on these matters is currently helping it win elections. That’s the larger point that Soniaji was making.” The latter part of Selja’s comment may be interpreted as a swipe at leaders within the party – particularly those seen close to Rahul – who disagreed with stated Congress positions on tricky issues like the abrogation of Article 370 by the Modi government. Young leaders like Scindia and Deora had welcomed the move while the Old Guard criticised it.

The appointment of Selja itself may be seen as an undoing of a Rahul-era decision which delivered no positive result. Selja was made the Haryana PCC chief after former Haryana chief minister Bhupinder Singh Hooda threatened to walk out of the party if Ashok Tanwar, a Rahul confidante, continued as the state unit chief. Selja admitted that the task ahead for her “is not easy” but said she plans to “work together with Hooda and all other party colleagues to make the Congress battle-ready for the polls.”

Selja, the party’s Dalit face in Haryana, and Hooda, an influential Jat leader, have also embarked on a joint statewide campaign tour. The coordinated campaign of the two stalwarts is aimed at wooing the Jat and Dalit vote banks in the state, along with minorities like the Meo-Muslims, who collectively hold sway on over 40 seats in the 90-member Haryana assembly. Selja’s appointment is also a subtle message to the women voters in Haryana; a state infamous for its patriarchal society, skewed sex ratio and, more importantly, a chief minister and his cabinet colleagues who have often been in news for insensitive remarks against women.

Sonia has also replaced state chiefs in Maharashtra and Jharkhand – a task Rahul left unfinished. In Maharashtra, Ashok Chavan was replaced by Vijay Balasaheb Thorat while in Jharkhand, Rameshwar Oraon took over from Rahul appointee Ajoy Kumar. A senior party leader said the choice of Thorat and Oraon “may be seen as unimpressive but showed Sonia’s ability to reach a compromise if a consensus among factions was evasive”. The struggle to find a PCC chief in Delhi – which goes to polls early next year – following the recent demise of Sheila Dikshit hasn’t ended yet though party sources say “a decision is likely very soon”.

Screening committees to choose candidates in these poll-bound states have also been set up while the new PCC chiefs, sources said, have been told to expeditiously work on the party manifesto. For several of the by-elections, particularly those in Uttar Pradesh, the party has already announced its candidates. A senior party leader told Outlook that Sonia wants candidates in the poll-bound states to be finalised “at the earliest instead of being declared days ahead of the last date of filing nominations.”

The Lok Sabha results, a party functionary said, also proved that the Congress “can no longer carry on with its big brother attitude towards allies and must be willing to be more accommodative, even at the cost of losing some of its bastions to other UPA constituents”. It is this realization, the party office bearer said, that made Sonia swiftly agree to the pre-poll alliance proposed by NCP chief Sharad Pawar for Maharashtra. Pawar has announced that the Congress and NCP will contest 125 seats each while exploring a seat-sharing formula with regional outfits like Bahujan Vikas Aghadi, Swabhimani Shetkari Sanghatna, Left parties and others on the remaining 38 seats. In 2014, Congress and NCP had decided against a pre-poll alliance for the state polls because the Grand Old Party insisted on contesting a significantly higher number of seats than Pawar’s outfit. The two parties were wiped out with their citadels in the Marathwada, western and northern Maharashtra regions crumbling in favour of the BJP.

In Jharkhand too, the Congress is in talks with Hemant Soren’s Jharkhand Mukti Morcha (JMM), Jharkhand Vikas Morcha (Prajatantrik), Rashtriya Janata Dal and the Left parties to finalise a grand alliance. While Oraon told Outlook that “the alliance is almost final and will be announced soon”, sources said Soren may have other plans and “could leave the Congress out because of its big brother attitude.”

Both Selja and Oraon told Outlook that the party’s focus during the election campaign would be on “economic challenges, rising unemployment and lawlessness” in their respective state. Thorat said that the Congress-NCP alliance will also highlight the Fadnavis government’s “abject failure in addressing farmer woes and the mismanagement of relief operations following the recent flood across Maharashtra.”

There may be one other aspect of the Congress’s poll campaign that, sources say, may be different from the way the party canvassed during Rahul’s presidency. A senior party general secretary said the Congress will focus on “highlighting failures of the chief ministers of the poll-bound states and effort will be made to keep attacks against Narendra Modi to a minimum” – something Rahul had made a habit of. While it is expected during assembly polls for the Opposition to attack the incumbent state government and its chief minister, the party leader said, Rahul often spent most of his time targeting Modi in assembly poll rallies; often dragging in the Rafale controversy instead of focusing on state-specific issues. “Even during the MP, Chhattisgarh and Rajasthan polls, while Rahul talked about the farmer woes in these states and promised loan waivers, he would keep his main attack on Modi – criticizing the Rafale deal or schemes like Make in India. Sonia wants the focus to stay on BJP CMs in these states now,” the Congress leader said. The leader added that Rahul’s strategy often backfired because Modi “is a master at twisting attacks directing towards him in his favour – look at what happened with Mani Shankar Aiyar’s 'neech aadmi' comment.”

Another key shift that Sonia is keen on, say sources, is to “minimize temple visits and overt display of the Congress party’s Hindu outreach” – a permanent fixture in Rahul’s poll campaigns. “This whole push of being the ‘better Hindu party’ hasn’t worked for us and has only alienated our core vote-base of minorities, Dalits and tribals,” the leader said.

A senior leader said there is still no clarity on the role Rahul Gandhi would play in these assembly polls. “He hasn’t responded to queries on the extent of his involvement in the campaign. We don’t even know if he will campaign actively or just mark his presence. He wants to be left alone; work only as the Wayanad MP. Many state leaders are actually relieved at the thought of not having Rahul address rallies for them,” the leader said. Sonia’s daughter and party general secretary Priyanka Gandhi Vadra, sources say, will focus on the 11 assembly bypolls due in Uttar Pradesh but there is still no clarity on whether she will also campaign aggressively in other states.