Ahmednagar hospital fire: All the dead and the injured were being treated for Covid-19, said district collector Rajendra Bhosale. 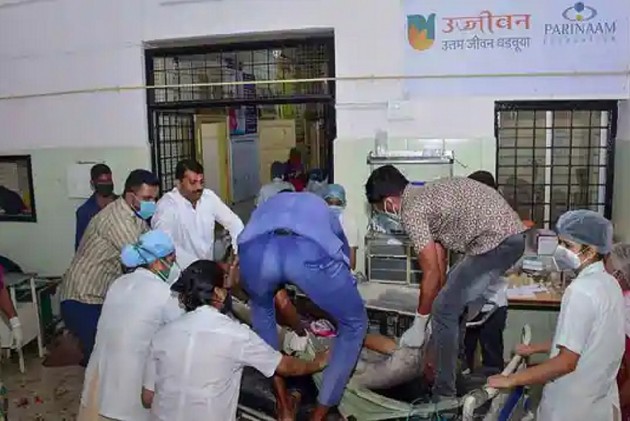 A fire of gigantic proportions in the Ahmednagar District Hospital in Maharashtra killed 11 patients and severely injured six others in the Intensive Care Unit (ICU) of the hospital.
The early morning fire gutted the ICU and parts of the hospital, informed Ahmednagar district collector Rajendra Bhosale. All those dead and the injured were being treated for Covid-19, said the district collector. The deceased are aged between 50 to 85 years and include six men and four women.

There were about 20 patients admitted to the ICU, which was exclusively treating Covid-19 patients. The fire was brought under control. The hospital building is about two years old so is the electrical wiring, informed sources.
Chief minister Uddhav Thackeray has ordered an inquiry into the incident and sought details from the minister-in-charge of the district Hasan Musharif. Thackeray has said that strict action will be taken against those whose negligence has caused a tragedy of such proportions.

Anguished by the loss of lives due to a fire in a hospital in Ahmednagar, Maharashtra. Condolences to the bereaved families. May the injured recover at the earliest.

A fire audit of the building will be undertaken to establish if all the anti-fire protocols were followed and the hospital had working equipment to combat fires, said the collector. The entire hospital was engulfed in smoke due to the intensity of the fire. Maharashtra Health Minister Rajesh Tope has announced a compensation of Rs five lakh to the next of kin of those dead.

The chief minister has directed the minister-in-charge to ensure that others who are being treated at the hospital do not face any problems in the treatment, said a statement released by the chief minister’s office.