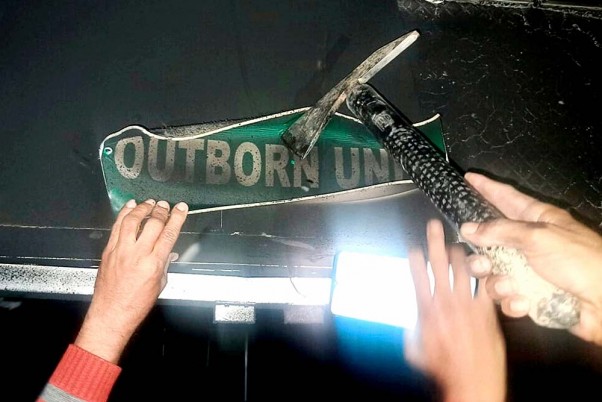 Prompt actions of Fire Brigade personnel and security guards at the Bhandara district hospital in Maharashtra saved the lives of seven infants from the fire that erupted in the hospital early on Saturday. These babies were admitted to the Special Newborn Care Unit of the hospital. Unfortunately, ten other babies could not be saved.

State Home Minister Anil Deshmukh shared this information with reporters at Nagpur airport. Deshmukh also said that experts at the National Fire College and the Visvesvaraya National Institute of Technology (VNIT) in Nagpur are looking into the cause of the fire.

"Security guards and fire brigade personnel immediately sprang to action and rescued seven babies from the hospital ward," he said, adding that the guilty will not be spared.

"It seems the fire erupted after a spark in the air conditioner (of the hospital ward). Fortunately, seven babies were saved as security guards rescued them using a ladder," he said.

Alleging human error as the cause behind the tragedy, Fadnavis said families of the deceased infants should be compensated with Rs 10 lakh each.

Earlier in the day, state health minister Rajesh Tope told reporters that at least three of the ten infants died of burn injuries while seven others died of suffocation caused by smoke in the hospital ward.

Tope said Rs 5 lakh would be paid to family members of each of the deceased infant.