Congress, the third partner in the coalition, has got Revenue, Energy, Education, PWD, Textiles, Women and Child Welfare ministries. 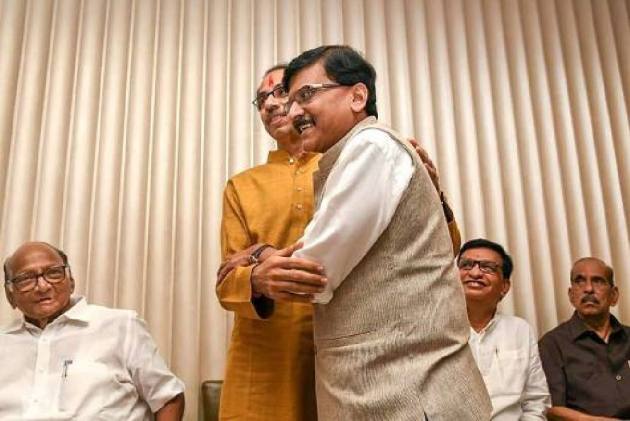 Portfolios in the Maha Vikas Aghadi government in Maharashtra were allotted on Thursday, two weeks after Uddhav Thackeray was sworn in as chief minister, with his party, Shiv Sena, getting the important Home ministry.

Thackeray, along with six ministers -- two each from Shiv Sena, NCP and Congress -- took oath of office on November 28.

Also Read: Chanakya Gets His Maurya: Pawar Beats BJP At Its Own Game To Enthrone Thackeray

The other Sena minister, Subhash Desai, has been given the charge of Industries, Higher and Technical Education, Sports and Youth Welfare, Horticulture, Transport, Marathi Language and Cultural Affairs, Ports.

Chief minister Thackeray will keep the departments not allocated to any minister, the statement said.

Cabinet expansion is likely to take place after the winter session of the state legislature ends on December 21.

The Shiv Sena-Congress-NCP alliance formed the government in Maharashtra after a protracted political drama in the state.