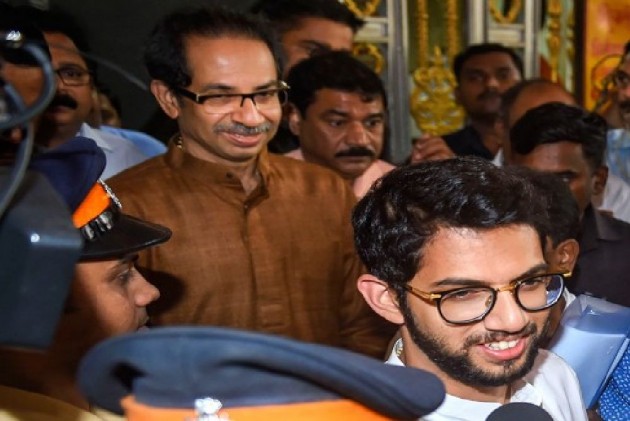 The Bharatiya Janata Party that had refused to form the government in Maharashtra due to lack of numbers seems to have returned to the ring again. While the NCP, Shiv Sena and Congress are working on a Common Minimum Programme before formally announcing an alliance to form the next government in the state, BJP on Saturday said the party will form the government, claiming it will count on the support of 119 MLAs.

The state is currently under President's Rule. The politics is taking turns and twists every now and then.

Catch all the updates here:

'Defeated BJP Drifting To Insanity'
The Shiv Sena on Saturday cautioned its former ally BJP against taking its defeat in Maharashtra to heart, or it would lose mental balance and slide to 'insanity'. Full Story Here

'BJP Returns To Ring'
The return of BJP into the ring to explore fresh possibilities for government formation in Maharashtra has given a curious turn to the developments. Full Story Here

'BJP's Intention Of Horse-Trading Clear'
The Shiv Sena alleged on Saturday that the BJP's recent show of confidence to form government in Maharashtra has made its intention of horse-trading under the guise of President's rule evident. Full Story Here

'BJP Boosting Morale Of MLAs'
The Maharashtra BJP is bedevilled by the trepidation that politicians who joined the party ahead of the October 21 Assembly polls will defect and, hence, its leaders are claiming they will form government in the state, the NCP said on Saturday. Full Story Here

'Will Form Govt With 199 Tally'
While the Shiv Sena is working with the NCP and Congress to cobble up an alliance, the BJP on Thursday hinted it is back in the game in Maharashtra. The saffron party has claimed that it would form the government in Maharashtra, without disclosing how it would reach the majority figure of 145 in the 288-member house.  Full Story Here