During elections, Prime Minister Narendra Modi used to ask people whether they wanted a 'majboor' (helpless), or a 'majboot' (strong) government. 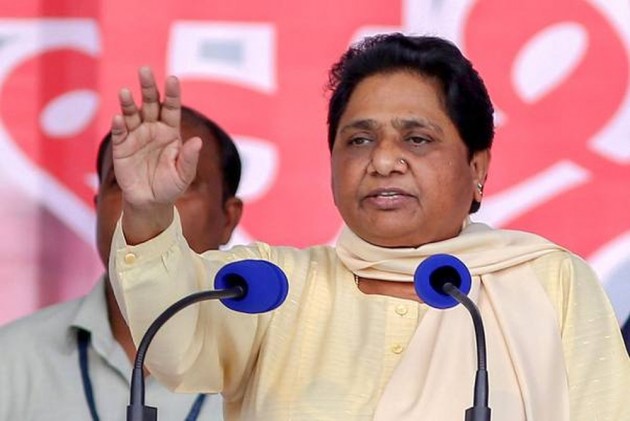 Seemingly mocking Prime Minister Narendra Modi's election theme of a strong government versus a "helpless" one, BSP chief on Saturday claimed a "majboor" ruling alliance would actually have been better.

During elections Modi used to ask people whether they wanted a "majboor" (helpless) or a "majboot" (strong) government.

"There has been a full majority government both at the Centre and the state for the past sometime but the necessary improvement has not taken place in UP. This proves that in the interest of the people it is the 'majboor' government which was required rather than a 'mazboot' one," Mayawati said.

"A 'majboor' government will have fear and will work for the welfare of people. Such a government will not be an autocratic one and its leaders too will not take the law in their hands, and create anarchy and corruption," the BSP supremo said while addressing party leaders of Purvanchal and Awadh regions.

The BSP chief directed party workers to strengthen the organisation.

She also alleged that BJP government was cutting into the funds meant for rural employment.

The BSP workers claimed the conditions were very bad in Purvanchal, the region from where Prime Minister Narendra Modi has been elected to the Lok Sabha and Chief Minister Yogi Adityanath has his 'karmabhumi' (Gorakhpur).

They claimed people are continuously "migrating" from the region out of compulsion.

People in the region are looking for better law and order and development, they said.