According to the police, the arrested militants were also involved in a couple of grenade attacks in Srinagar. 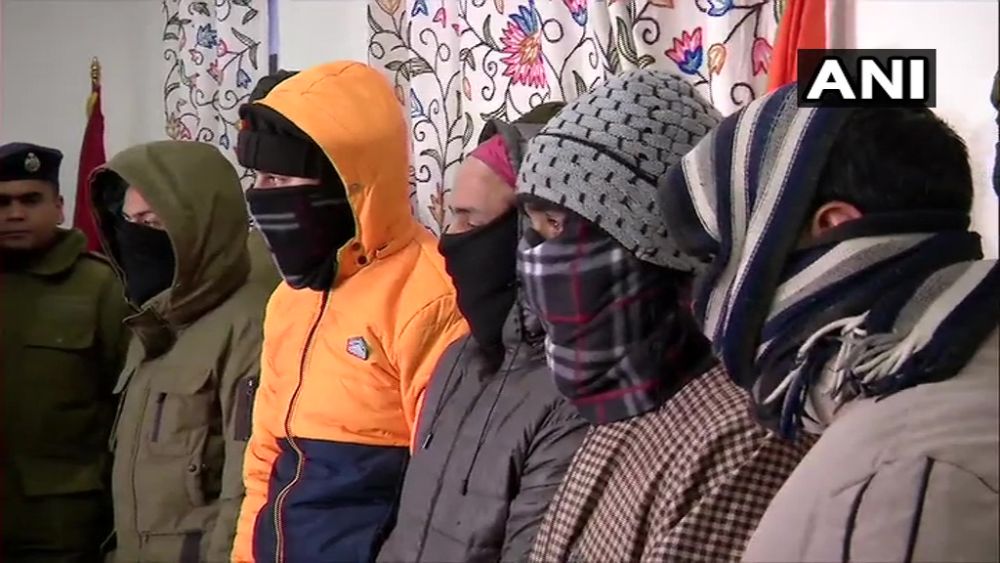 Ahead of the Republic Day, the Jammu and Kashmir Police on Thursday said it averted a major attack ahead by busting a module of Jaish-e-Mohammad outfit in Srinagar and arresting five of its operatives.

It said that huge expolsive material has been recovered from the five terror operatives.

"In a major success, the Srinagar Police busts Jaish Module. Two grenade blasts in Hazratbal area worked out. Major attack averted ahead of Republic Day," Jammu and Kashmir Police said in a tweet.

According to police, they were also involved in a couple of grenade attacks in Srinagar.

On January 8, a grenade blast took place at Hubbak Crossing while a second grenade blast happened near Sir Syed Gate of Kashmir University on November 2019. Their involvement was found in both the cases, the police said.

"Initial investigations revealed that the group was involved in enforcing a shutdown in Srinagar," the DIG (central Kashmir) D.S. Virdi said.

Based on the disclosures made by the arrested men, searches were conducted in Srinagar which led to the recovery of arms and ammunition including gelatin sticks, explosives, detonators, arms, explosive body vests, batteries and nitric acid.

Earlier today, an associate of Lashkar-e-Toiba militants was arrested from Awantipora area of Pulwama district.

(With PTI and IANS Inputs)