Women’s progress in economic participation and opportunity has declined, forcing gender parity to a low 57.8%, a fact further exacerbated by a devastating pandemic. 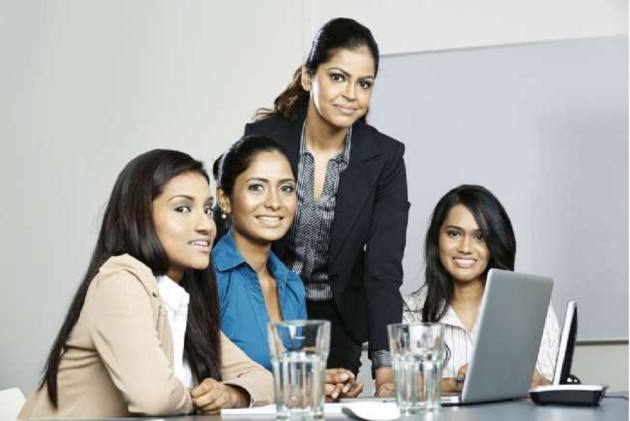 At a time when women around the world are knocking on doors and breaking all barriers across industries and professions hitherto considered the preserve of men, it gives reason to raise a toast to their success. From Falguni Nayar, Founder and CEO of Nykaa to Kristine Pearson, Founding CEO of Lifeline Energy, a social development organization that enables women and girls in Africa to access education and information by addressing energy poverty, there are legion of successful women who are creating an impact and paving the way for women empowerment. And yet, according to a World Economic Forum report [ World Economic Forum’s Gender Gap Report], women’s progress in economic participation and opportunity has declined, forcing gender parity to a low 57.8%, a fact further exacerbated by a devastating pandemic.

The numbers in India are even more stark. According to the World Bank, the female labor participation rate (FLPR) in India had fallen to 20.3% in 2019 from more than 26% in 2005, lower than Bangladesh and Sri Lanka. The GEM India consortium estimates that 15.7 million women-owned MSMEs and agribusinesses are operating in India as of 2019, contributing 17% of the GDP. However, in most cases, these businesses are reported as women-owned for financial and administrative reasons, with the women in question often not playing any role besides being ‘on paper’ owners.

Despite this, women entrepreneurship is on the rise, growing from 14% to 20% in the past decade. Central and state government schemes, investors, banks, financial and educational institutions have played a part in enabling women to start their own businesses and scale them up. Facebook Pragati, an accelerator in partnership with The/Nudge Foundation, is one initiative aimed at creating a nurturing environment for women entrepreneurs working to reduce the digital and financial divide for women in communities at the margins of the mainstream economy. This initiative assists in incubating and accelerating early-stage women led with four key components - Grant support, Fundraising support, Strategic Mentoring, and Organizational Capacity Building.

Shakti - The Empathy Project (STEP), a program under Facebook Pragati initiative, is supporting 32 women entrepreneurs run nonprofits and social enterprises that impact more than 70,000 lives through what its Founder Renu Shah calls a five-pillared approach of empathetic community, learning, mentorship, networking and role modeling. STEP aims to support about 100 women entrepreneurs every year in tier II and tier III cities, where the gap is the starkest. The Skilled Samaritan Foundation (SSF), founded by Gauri Malik, uses a micro-entrepreneurship platform model, creating skill labs that offer safe spaces for marginalized women in the northern state of Uttar Pradesh to work close to their homes. Both startups are part of Facebook Pragati’s inaugural cohort along with several others focused on helping women entrepreneurs find their feet and prosper.

The benefits of gender parity in countries with high economic growth are backed by evidence-based research. Studies by the International Monetary Fund (IMF) point to a trend where economies that show resilience in the face of adversity thrive on gender equality. Estimates show that closing the gender gap could yield an increase in GDP by up to 27 per cent for some economies. Empowering women entrepreneurs will enable the country in achieving its Sustainable Development Goals (SDGs) of poverty alleviation and human resource development. Moreover, gender equality can have lasting economic impact, estimated to add USD 700bn to the GDP by 2025.

The Facebook-Pragati initiative is playing a catalyzing role by providing hundreds of thousands of women in remote districts an opportunity to be primary stakeholders in their communities. Tech4Good Community is an example of this intervention. The company, founded by IIT Madras alumnus Rinju Rajan, uses a three-pronged strategy to guide nonprofits, through capacity building, peer networking and mentoring. Through its diagnostic tool, Online Tech Training Engagement Resource (OTTER), it is building capacity in nonprofits by helping them make self-assessments of their technological maturity.

There is reason to believe that gender parity builds business confidence among women. A study by SEWA commissioned as part of the World Bank’s Skill India Mission Operation (SIMO) found that the way female clients use and benefit from financial services is due to lack of women in service delivery. The corollary of this evidence would be that women tend to use their bank accounts and save and borrow more if they are served by female bankers and financial intermediaries.

Societal norms play a major part whether it is in the inclusion of more women in the workforce or boosting women entrepreneurs. Assumed roles and responsibilities handed down for generations make it more difficult for women to transition from householder to entrepreneur and primary earner, especially in rural areas. Sheryl Sandberg, COO Facebook Inc, says society assumes that women are responsible for households and childcare. “Real change will come when powerful women are less of an exception,” she says.

The first step to making the exception a rule is to ensure more women-led businesses are fostered to create an equitable, level-playing field for entrepreneurs. Enough and more examples will then emerge to inspire this change.