In the final part of her four-part series, poet and activist Meena Kandasami draws conclusions from her in-depth report from Ground Zero of an unfolding grassroots movement in Tamil Nadu that has escaped the attention of mainstream media. 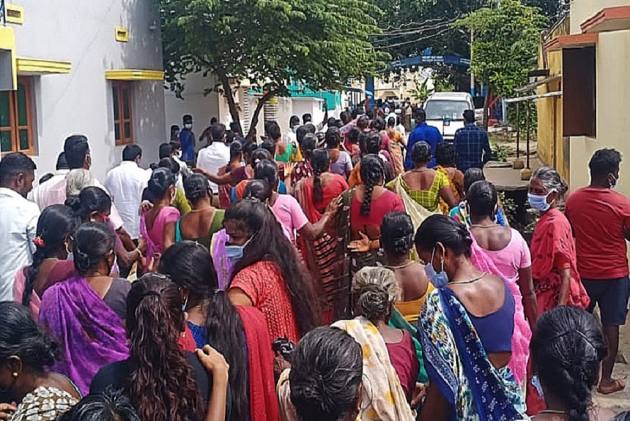 The events across Tamil Nadu, surrounding the aspiration of Dalits to raise the flag of a party that represents their aspirations, raises interesting questions: How does one reconcile the fact that even with a government of a “social justice” platform under Stalin, local DMK members—whether in Usilampatti, Morur or Pudu Viraalippatti—do not stand down against the broader diktat of oppressor castes? How to perceive the temerity of high-level police officials who manufacture legal pretexts to thwart Dalit aspirations, while serving under a DMK-led government that has positioned itself as a progressive one, in a political climate where the VCK is an integral part of the alliance?

How does one untangle the sophistication with which the state machinery validates the brutality and unreasonable demands of oppressor castes. Can Dalits expose how bureaucracy has become a caste-supremacist autocracy? When the Ambedkarite Panthers reiterate over and over that they are inclusive, and refuse to be ghettoised—why does it still rankle the oppressor castes?

To help my own understanding, I sought refuge in the work of Hugo Gorringe, a sociologist at Edinburgh University, who has painstakingly researched the Panthers/VCK over the last two decades. In his important work, Out of the Cheris: Dalits Contesting and Creating Public Space in Tamil Nadu, he writes of how Dalit contestation over space has “sought to create meaningful public spaces that are open to, and representative of, all castes”, and also notes that this has “fuelled a backlash by castes with higher social status, who often resort to violence to retain their social standing.” He develops this idea further, when he writes, “In a democratising society, therefore, all social spaces are potential sites of contestation. From temples to walls, the meanings inscribed in, and ascribed to, particular places and spaces are being challenged, reinvented or reinforced. In this process, the dynamics of caste change are written into the social landscape such that seemingly minor incidents can be blown out of proportion. The ostentatious display of a party flag can invite a riot; a love marriage can occasion arson; and changing a roadside sign can entail fisticuffs and a legal battle. It would, this reminds us, be mistaken to assume that the path to a democratic society will be trouble-free or linear (2016: 166).”

Events on the ground already reveal this is not going to be a straightforward battle. A lot in the next five years also depends on how accommodative the ruling DMK is going to be, towards one of its key electoral partners. Stalin’s challenge lies in ensuring that social justice trickles down to the tiniest, casteist village—an arduous task, which will require not only renewed commitment to Periyar’s principles from his cadre, but also the necessary flex in ensuring that the state machinery is not hijacked by those who seek to protect the oppressive status quo.

Finally, let us recall that this militancy and upsurge from Dalit women comes up against the backdrop of a carefully cultivated damaging stereotyping of young Dalit men—as prone to being provoked, conflict-seeking and violent; narratives of propaganda aimed to criminalise their activism by the police, mainstream media, and oppressor caste outfits. When Dalit women across the generational divide carry a party flag, claim it as their own, and refuse to back down to the threat of repercussions from the state machinery and oppressor castes—it injects high-voltage feminism into the public sphere.

This militancy of Dalit women claiming their rightful space as an organised political force, standing up against a brutal caste system and biased police machinery is a moment we must hail and rejoice as feminists, as anti-caste activists, as democratic forces. The women of Pudu Viraalippatti (Perambalur) and Morur (Salem) rallying around the VCK flag offer us a moment to reflect and learn; a moment to salute their revolutionary courage and politicisation. This is not the empowerment discourse of NGO handouts and skills-training. These are not the baby steps of individual power and visibility resulting from structured representative democracy where women enter politics at the grassroots because of social justice provisions, where often the men in their families rule by proxy. This struggle is fierce and spontaneous; it is a fire that will light other fires. As these flag-bearers of democracy march towards the political ideals of caste annihilation and women’s liberation, such spontaneous leadership by Dalit women marks a definitive shift in the political sphere.