In the ancient village of Malana in Himachal Pradesh, the village devta (goddess) Jamdagni Rishi, or ‘Jamlu devta’ has imposed a complete prohibition on liquor within the boundaries of the village. 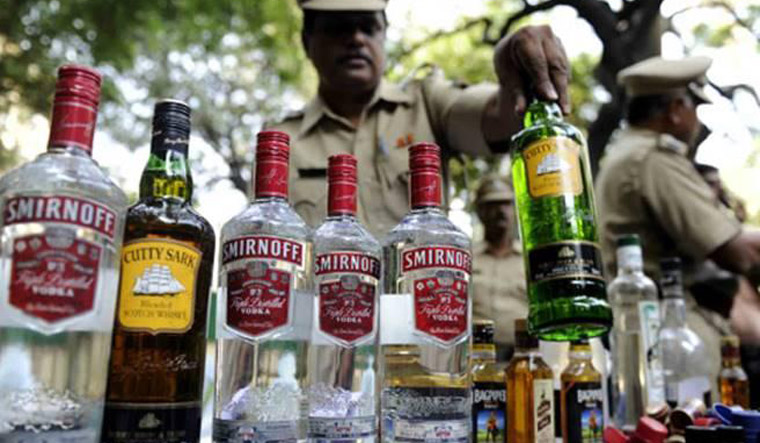 Ancient high altitude Malana, also considered as one of the oldest democracies in the world, is in news once again for good reasons.

The village devta (goddess) Jamdagni Rishi, or ‘Jamlu devta’, whose orders are considered final for the natives, has imposed a complete prohibition on liquor within the boundaries of the village.

"Anyone found or caught trading liquor or drinking, will be fined Rs 10,000 and will also face excommunication",  informed Bhagi Ram, a former panchayat Pradhan of Malana, who was also part of devta’s proceedings.

Prohibition to an equal extent has also been imposed on the consumption of meat and eggs by the followers of the devta.

The villagers for decades have already been prohibited to touch outsiders, which is a unique practice enforced in the village, despite having a lot of tourists, travellers and adventurers frequently arriving at Malana.

One of the biggest attractions of  Himachal's Malana is not only its rugged beauty, unique customs and traditions but also the best varieties of charas (cannabis), popularly known as Malana Cream, holding the highest value in the international markets.

A huge share of inaccessible mountain valleys in Malana and its peripheral areas are home to the illegal cultivation of cannabis, which is the primary source of marijuana and charas. The government's efforts to distract the natives from nurturing these illicit activities by providing them alternatives have failed.

It was only during the Covid-19 time when the foreigners and others driven by the drug craze have not arrived at Malana.

Village Pradhan Raju Ram says “Devta has become very strict on the consumption of liquor and consuming meat (non-vegetarian food) to maintain the sanctity of the place, particularly the temple which is the abode of the deity."

Few are linking the imposition of prohibition and vegetarianism to the recent incident of fire in the village which had rendered 43 families homeless and hugged huge loss to the private properties . This second such incident during the past one and a half-decade.

They are terming the incidents as a curse of the devta .

To comply with the orders, the villagers have put out notice boards outside the village to inform the visitors about prohibition orders .

Kullu is one of the Himachal Pradesh districts where the deity culture is very strong though some of the families switching over to modern traditions are not so rigid now to take every order from devta. Yet, many families still repose faith in their devta.

When contacted, Deputy Commissioner Kullu Ashutosh Garg said he had read media reports about the prohibition imposed in Malana but this has not yet been officially communicated.

"It is their internal thing and born out of their faith in the local devta. They don’t feel the need to inform the administration," he said.

Yet as Malana people have also set up homestays and host tourists the move is likely to have an impact on the visitors.

"The tourists can stay in the village but they are required to follow the restrictions of devta," Bhagi Ram explains adding, “orders are only within the inhibited village boundaries.”

Chief Minister Jai Ram Thakur had also recently visited the village and appealed to the locals to encourage children, especially girls to get education even if they are embedded in the local cultures and traditions . But the need of the hour is to join the mainstream of development and be partners in the state's growth and modernism.