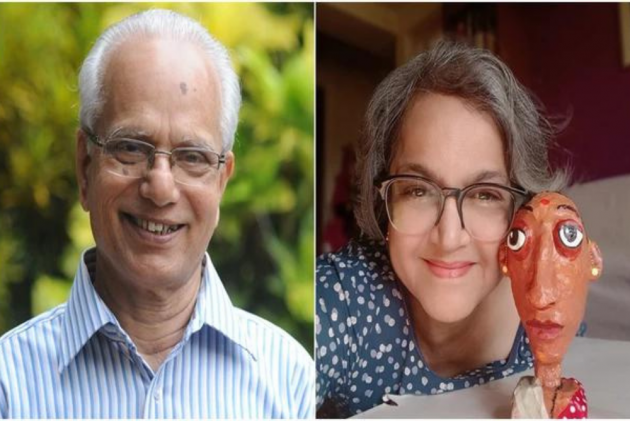 S Sivadas, whose work has stood out in the children's literature field in Malayalam, has been named winner of the Big Little Book Award while the illustrator's prize has gone to Deepa Balsavar.

This year marked the sixth edition of the award and 490 entries were received during the nomination period from May to June. Malayalam was the chosen language this year for the author category, while the illustration category accepted nominations in any language.

In the previous years, the award considered children's literature in Hindi, Marathi, Bengali, Kannada and English.

Winners were selected for their contribution to Indian children's literature with stories that talk to young readers about who they are and help them navigate a multicultural and multilingual environment, the organisers said.

Sivadas, based out of Kottayam, has over 200 books to his name.

"This, I believe, is a new beginning in my career as a children's writer and communicator," he said about the recognition.

The jury that included M M Basheer, Paul Zacharia, Sherylene Rafeeque and Suneetha Balakrishnan said Sivadas "exemplifies a rare commitment to both the art and craft of writing for children" and this is "evident in the sheer range of genres and subjects he has covered in his body of work spanning over the last 50 years".

He stands tall as a pioneer of scientific knowledge in children's literature, it said.

Mumbai-born artist Balsavar said her work is both a privilege and a huge responsibility and the award gives her courage and hope to continue doing what she does.

"When we get children to read and think, we give them the tools to take charge of their lives and change their worlds," she said.

According to Amrita Patwardhan, head (education) at Tata Trusts, "Original, engaging, quality children's literature in Indian languages is critical for developing a reading culture and meeting educational goals" and this edition of the awards is "our way to celebrate outstanding contribution by committed artists who have made a difference to this important sector".