Khan's comment came after four BJP workers were killed in North 24 Parganas district. The BJP has alleged that TMC workers were behind the killing. 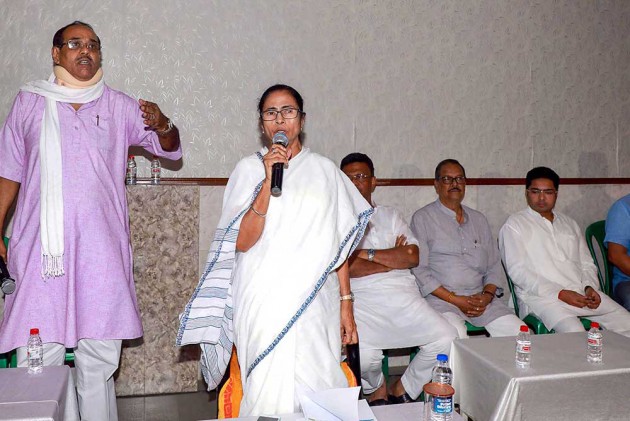 "Mamata Banerjee has become a demon. She is ready to drink the blood of BJP workers. She and her party are asking people to fight on the Hindu and Muslims line," he told ANI.

Khan's comment came after four BJP workers were killed in North 24 Parganas district. The BJP has alleged that TMC workers were behind the killing.

The workers were killed on Saturday after a clash broke out between workers of the two parties in the Basirhat city of North 24 Parganas district.

"She has ordered to kill our workers. President's rule should be imposed in West Bengal. The election should be held immediately here, as law and order situation is deteriorating, "he added.

Widespread violence involving the BJP and the TMC was witnessed during Lok Sabha elections in West Bengal, with both parties blaming each other for the disturbance.

The polls have come to a close, but the two parties are still at loggerheads.

In the recently concluded general elections, BJP made deep inroads into the Trinamool Congress territory by winning 18 seats in Lok Sabha and restricting the TMC to only 22 seats against 34 it had won in 2014 national polls.