The decision by West Bengal CM came hours after Prime Minister Narendra Modi extended the PM Garib Yojana till November-end, adding that 80 crore Indians, mostly poor, will stand to benefit from the scheme. 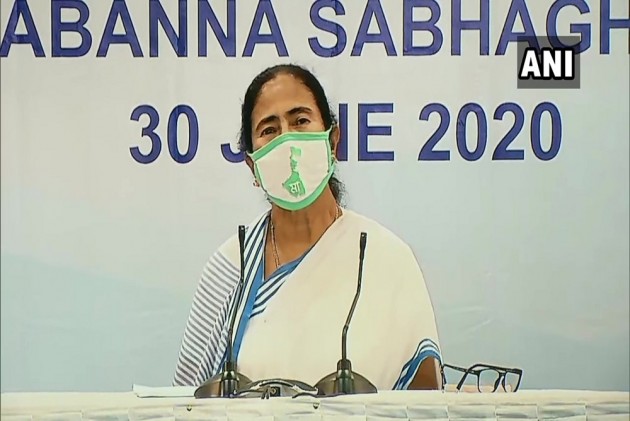 "The Centre's ration policy should be to provide ration to each and every one of the 130 crore population of the country," she said.

The central scheme was rolled out for three months from April soon after the nationwide lockdown was announced to combat the COVID-19.

Banerjee also said banning apps will not be enough, asserting that China needs to be given a befitting reply.

The Trinamool Congress supremo, however, said she would leave it to the Centre to decide on the issue.

"It is a subject of the external affairs department, we will support the central government stand.... But, we have to be very aggressive on one hand and on the other, use the diplomatic channel.

"Only banning a few apps will not be a proper reply, we have to give China a befitting reply," she said while addressing a press conference here.

India on Monday banned 59 apps with Chinese links, including the hugely-popular TikTok and UC Browser, saying they were prejudicial to sovereignty, integrity and security of the country.

The ban came in the backdrop of a standoff along the Line of Actual Control in Ladakh and the killing of 20 Indian Army personnel a clash with Chinese troops in the Galwan Valley.