No Other Party Can Take The Place Of Trinamool Congress In Bengal: Mamata Banerjee

Mamata Banerjee said, 'No other party can take our place since the TMC has provided the most people-friendly government in the world.' 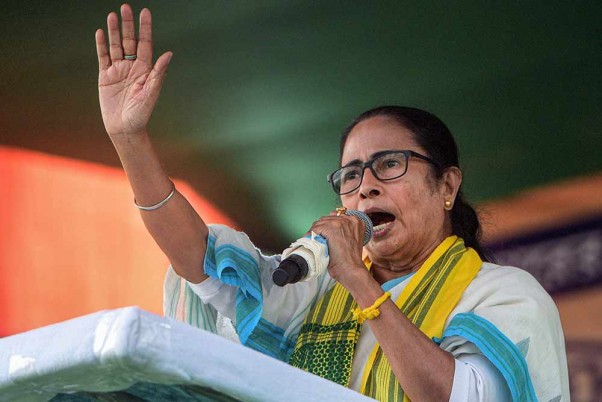 West Bengal Chief Minister Mamata Banerjee said on Thursday that there is no alternative to the Trinamool Congress. She further claimed that no other party can take TMC's place in the state.

Addressing a meeting of scheduled caste and scheduled tribe leaders of the TMC in Kolkata, Banerjee said, the party will go for "further betterment".

She said, "No other party can take our place since the TMC has provided the most people-friendly government in the world."

Claiming that the BJP has destroyed 'Sonar Bharat' (golden India) and is now talking of creating 'Sonar Bangla', the TMC supremo said, the saffron party is indulging in false propaganda using social media.

"We did everything for relief of cyclone Amphan affected people, but faced criticism for one or two gaffes," the chief minister said.

Opposition parties, including the BJP, Congress and the Left Front, have been vocal in alleging that relief funds for cyclone Amphan affected people had been misappropriated by TMC leaders and workers.

Accusing the BJP of having "sold off" the country, Banerjee said, the saffron party should look into the mirror before eyeing West Bengal, where assembly elections are due in April-May.

She also demanded that the Central government must repeal the Citizenship Amendment Act, claiming that its existence is a "constant threat" to the citizens of the country.