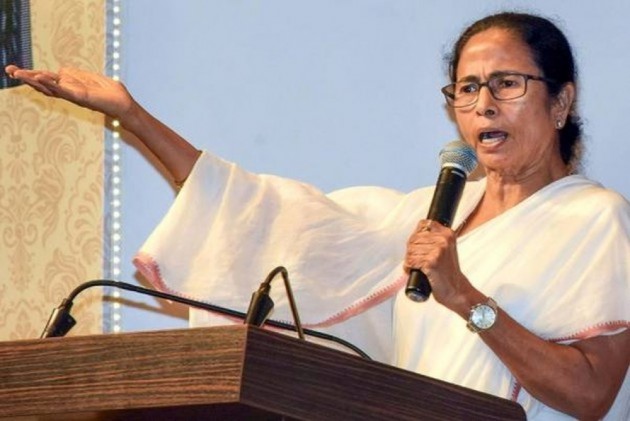 West Bengal Chief Minister Mamata Banerjee Saturday rubbished the claims of the Ministry of Home Affairs (MHA) about "poor" law and order in the state, saying the Centre should send such advisories to states like Uttar Pradesh and Gujarat where "several murders have been reported in the last couple of years".

The MHA sought separate reports from the West Bengal government on the ongoing doctors' strike and on political violence that has left 160 people dead in the past four years.

In an advisory, the MHA told the state government that the continued trend of political violence from 2016 through 2019 is an indicative of the "failure" on the part of the law-enforcement machinery of the state and asked the administration to inspire a sense of security among the people.

While Banerjee dismissed the allegation, opposition parties in the state seconded it and demanded her resignation as home minister.

"We do not have any such situation in West Bengal. It is a very peaceful state. Ask the central government to send advisory to the Uttar Pradesh and Gujarat governments," Banerjee, also the ruling TMC supremo, told reporters.

She said, "In the last three years, after the Yogi Adityanath government came to power in UP, several people were killed in the name of encounter. They do not allow people to lodge FIRs in Gujarat. How many advisories have they sent to these states?"

About the junior doctors' agitation, Banerjee said sometimes incidents of strike happen in a democracy.

CPI(M) central committee member Sujan Chakraborty said it is due to politics of threat and intimidation of the TMC that the situation in Bengal has come to such a pass.

"It is due to Banerjee's politics of playing with fire that situation has worsened so much. Both the BJP and the TMC are equally responsible for this law and order situation," Chakraborty claimed.

The Trinamool Congress (TMC), however, accused the BJP government at the Centre of "targeting Bengal" for political reasons.

"It is due to the goons of the BJP and the CPI(M) that there have been some incidents of violence. The BJP government at the Centre has taken a partisan approach towards Bengal. They are deliberately targeting Bengal for political reasons," TMC secretary general Partha Chatterjee said.

Pointing out the growing number of incidents of election-related and political violence and casualties during 2016-2019, the Centre said the "unabated violence over the years is evidently a matter of deep concern".

The MHA said that according to reports it received, the number of incidents of political violence in West Bengal increased from 509 in 2016 to 1,035 in 2018.