Prime Minister Narendra Modi has invited heads of all parties who have an MP either in Lok Sabha or Rajya Sabha for a meeting on June 19 to discuss several issues including the 'one nation, one election' idea. 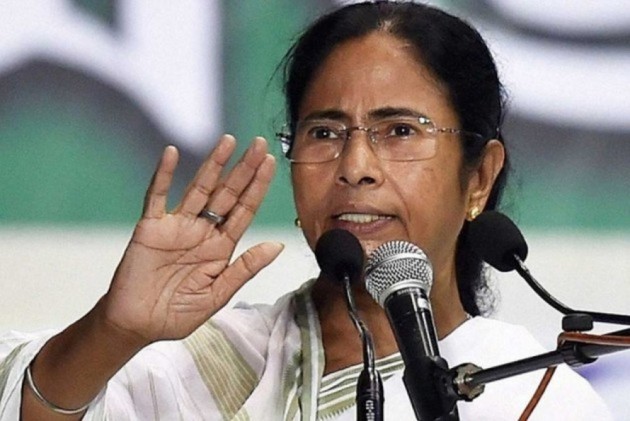 West Bengal Chief Minister Mamata Banerjee Tuesday excused herself from the scheduled Wednesday meeting of Prime Minister Narendra Modi with political party chiefs in Delhi amd asked the government to prepare a white paper on 'one nation, one election' instead of doing it "hurriedly".

Modi has invited heads of all parties who have an MP either in Lok Sabha or Rajya Sabha for a meeting on June 19 to discuss several issues including the "one nation, one election" idea, a celebration of the 75 years of Independence in 2022 and 150 years of Mahatma Gandhi's birth anniversary this year.

It will be followed by a dinner meeting with all MPs on June 20.

In a letter to the Prahlad Joshi, the Parliamentary Affairs Minister, Banerjee has said that the matter requires consultations with experts.

"A proper response on such a sensitive and serious subject like the "One Country, one election" in such a short time would not do justice to the subject it deserves. The matter requires consultations with constitutional experts, elections experts and above all the party members.

"Instead of doing the matter hurriedly, I would request you to kindly circulate a White Paper on the subject to all political parties inviting their views by providing adequate time. If you only do so, we will be able to give concrete suggestions on this important subject," she wrote.

She further stated that regarding the development of aspirational districts, her part Trinamool Congress had already conveyed that they are not in support of selection of a few districts as it would not conform to the overall objectives of achieving balanced and uniform development of all the districts of the state.

"Our state is committed to ensuring social and economic development of all districts uniformly so that regional imbalances do not rise," she said.

She also said that she and her party would participate wholeheartedly in the 75 years of Independence in 2022 and 150 years of Mahatma Gandhi's birth anniversary this year but stated that the issue regarding ways to improve the productivity of Parliament was a matter of the Lower House and should be dealt with by the concerned ministry.