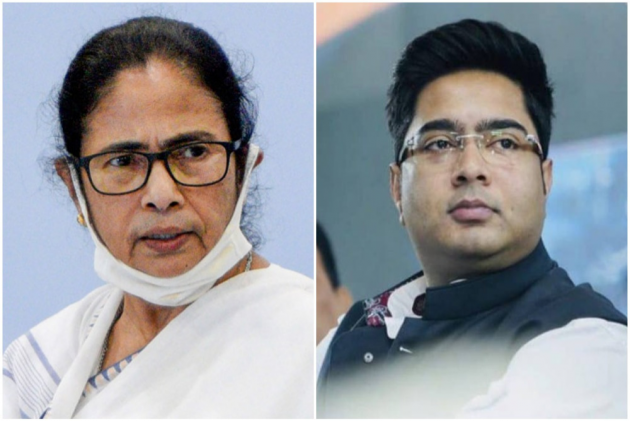 The TMC’s official Twitter handle on Monday re-tweeted one of Mishra’s tweets in which Abhishek Banerjee was seen delivering a speech, saying that the Bengal chief minister will be visiting the northeastern hilly state in December. A text on the video read: “He has no ability of himself and therefore Aurangzeb is threatening to bring in his aunt.” Mishra shared this video with the hashtag #BengumBhaipaurangzeb

A number of Bengal BJP leaders, including the BJP’s present leader of the opposition in the state assembly Suvendu Adhikari, have repeatedly referred to the TMC chief as ‘begum’ in the past. However, it’s Mishra who can be credited with beginning the practice of referring to the Banerjee Junior as the Mughal Emperor.

Responding to this, the TMC on Monday wrote on Twitter, “@BjpBiplab is a COWARD. He needs a Govt Officer to hide his incompetence! OSD to the CM of Tripura @sanjayswadesh should shun his duties for this nation. Such filthy language sounds familiar with only one party @BJP4India! We're certain that BJP will welcome such bigots warmly.”

In another statement sent to the media, the TMC said, “The OSD to the CM of Tripura, Sanjay Mishra, has been repeatedly posting extremely shameful content on his Twitter account regarding the chief minister of West Bengal, Mamata Banerjee. This is absolutely unacceptable and unpardonable.”

Mishra is not a government official. People in Tripura know him to be a personal friend of the chief minister. Mishra’s profile on LinkedIn shows he had been a journalist in Hindu newspapers from 2003 to 2018, when Deb appointed him as his OSD. He also serves as Deb’s media advisor.

A look at his Twitter handle shows he has been taking jibes at the TMC for quite a few months now, particularly since the TMC revealed its plan to foray into Tripura politics targeting the 2023 assembly elections.

Abhishek Banerjee addressed a public meeting in Tripura on Sunday and announced that the Bengal chief minister will be visiting the state in December. The TMC’s entry into state politics has generated a lot of heat, with the parties engaging in a bitter verbal duel and the TMC also alleging frequent attacks on their organisers by the supporters of Tripura’s ruling party.