Bengal Chief Minister Mamata Banerjee didn’t show up for a cyclone review meeting, which she was supposed to attend with PM Modi on Friday 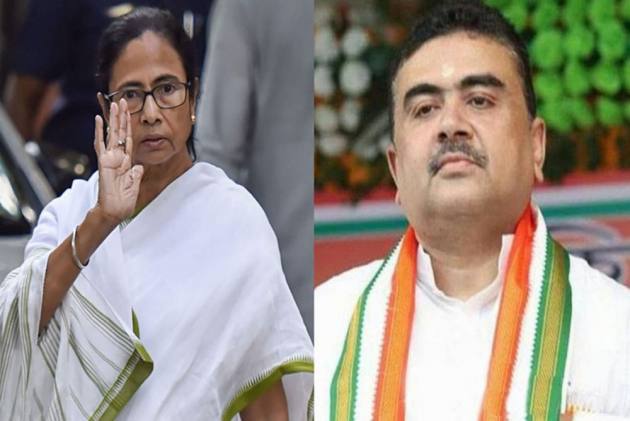 Amid the BJP and TMC indulging in a war of words over West Bengal Chief Minister Mamata Banerjee’s decision to not attend a cyclone review meeting with Prime Minister Narendra Modi, BJP leader Suvendu Adhikari on Saturday alleged that Banerjee and Bengal chief secretary Alapan Bandyopadhyay had insulted Modi.

Banerjee and Bandyopadhyay were scheduled to attend a review meeting along with Modi to gauge the impact of cyclone Yaas in Bengal on Friday.

However, Banerjee and Bandyopadhyay did not attend the meeting but entered the room from where Modi was holding the meeting and submitted a report to him on the damages caused by the cyclone in the state, and sought a Rs 20,000 crore package for redevelopment of the worst-hit areas.

In Modi Visit, Comparing Mamata And Naveen Is Like Telling Chalk From Cheese

'Don't Insult Me Like This': Mamata Banerjee To PM After Meeting Row

Soon after the incident, the Centre issued a notice recalling Bandyopadhyay to Delhi.

"I have no words to criticise the way the West Bengal chief minister and the chief secretary insulted the prime minister," Adhikari, a BJP MLA, told reporters in a virtual press conference.

Claiming that Banerjee questioned his presence in the meeting held at Kalaikunda air base in Paschim Medinipur district on Friday, Adhikari said that he was invited to it as the leader of opposition in the state assembly and MLA of cyclone-affected Nandigram.

"She is trying to show her arrogance and petty politics by her stance," he said.
Banerjee has claimed that opposition leaders were not invited to similar review meetings held in Gujarat and Odisha, the two states that also faced cyclone fury over the past few days.