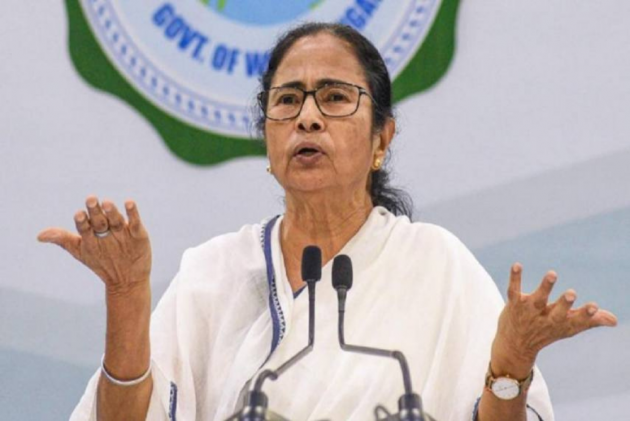 West Bengal Chief Minister Mamata Banerjee on Saturday said she was disallowed by Centre to attend the Global Peace Conference in Italy’s Rome.

She said it was “out of jealousy” that Centre didn’t allow her to attend the conference, as she was the only invitee from the country.

The Ministry Of External Affairs in a one-line communique to Banerjee had stated: "event is not commensurate for (attendance at) the level of chief minister”.

The Trinamool Congress supremo Banerjee made these remarks during a election meeting at Bhabanipur, where she is contesting by-polls scheduled on September 30.

Banerjee along with other religious and world renowned personalities was invited to the international conference in Rome, scheduled in the first week of October.

She said she would have been the only Indian and “only Hindu lady” to attend the conference.

However, she claimed a “jealous BJP did not allow that, which only lowered the esteem for India in the outside world".

Banerjee contrasted her trip’s disallowance by the central government with Prime Minister Narendra Modi going ahead with his trip to the US "with special permission", despite the World Health Organisation not approving Covaccine, with which the PM had been vaccinated.

She also hit out at the BJP government for the death of two protestors in police firing during an eviction drive against settlers allegedly on government in Darra ng.

"There was inhuman torture in Assam in the name of eviction. There was firing and bloodshed of innocent people but no NHRC team visited that state. NHRC teams visits only Bengal frequently. It is a matter of shame," she said.

Alleging that "goonda Raj" prevails in BJP-ruled Assam, Tripura and Uttar Pradesh, Banerjee said TMC delegations are prevented, harassed and come under attack in those states.

"We don't say anything about BJP leaders who keep visiting and peddling falsehood in West Bengal as free movement is everyone's democratic right," she said.

Banerjee flagged the floating of bodies of alleged COVID-19 victims in the Ganges as a failure of the UP government and pointed to selective deletion of names of tens of lakhs of people in the exercise to create a National Register of Citizens in Assam.

"It (deletion of names in the final NRC) shows the anti-people nature of BJP. In contrast we have already said there will be no NRC in Bengal," the TMC supremo said.

She also accused the opposition BJP of fomenting trouble in Bhabanipur, where she is a candidate in the by-poll.

Listing the acheivements of the TMC government, the chief minister claimed that Bengal occupies number one position in respect of vaccination against COVID-19 and in the education sector.

The TMC supremo said no processions are being taken out by her party in the campaigning in Bhabanipur as directed by the Election Commission in an oblique hint that the BJP candidate Priyanka Tibrewal is not adhering to the norms.

She also criticised the spike in fuel prices and sale of PSUs and urged the people to defeat the "anti-people and pro-rich BJP". (With PTI inputs)