Without naming Amit Shah, Mamata Banerjee questioned how such a claim could be made just a day after the elections were held. 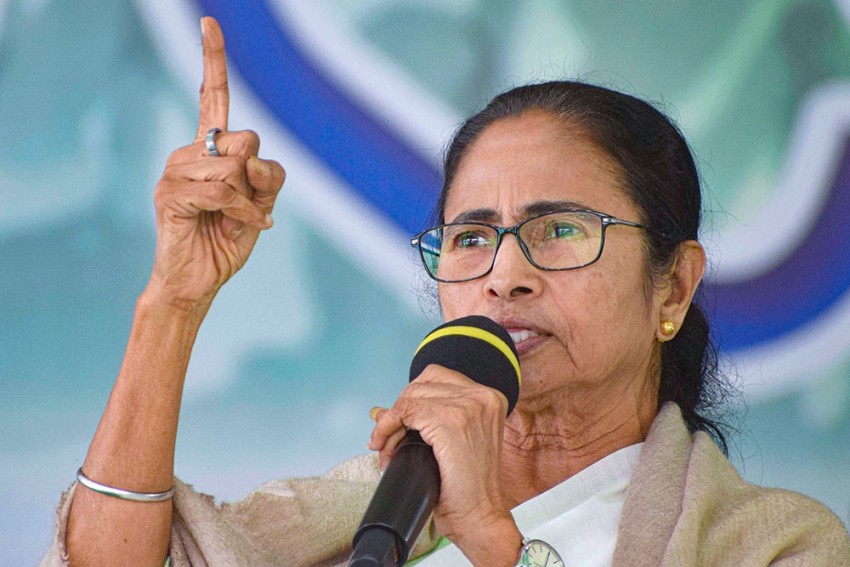 Trinamool Congress supremo Mamata Banerjee on Sunday mocked Union Home Minister Amit Shah's assertion that the BJP will win 26 of the 30 seats for which polling was held in the first phase of West Bengal assembly elections and said that "the people's verdict will be evident after votes are counted".

Without naming Shah, Banerjee questioned how such a claim could be made just a day after the elections were held. The counting of votes for all eight phases of the election is slated to be taken up on May 2.

"A leader today said that the BJP will win 26 of 30 seats, why did he not claim all 30, did he leave the rest for Congress and CPI(M)?" Banerjee quipped, addressing a rally in Kolkata in the Chandipur constituency, adjacent to Nandigram, from where she is contesting.

Asserting that she will not predict anything, Banerjee said that it is the people's verdict that will be evident after counting.

"Since 84 per cent votes were polled, I can surmise that people have voted for us," she said.

"Try your seat prediction stunts at the Gujarat Gymkhana. This is Bengal. #KhelaHobe," O'Brien, the senior TMC leader at all India level, posted on the microblogging site.

The post, which also referred to as the `khela hobe' (the game will be played) campaign of the TMC, has the hashtag #TMCSweepsPhase1.

Shah on Sunday told reporters the high voting percentage in the first phase indicated the party has already garnered most of the votes in the 30 assembly constituencies.

Asking people to forget who the TMC nominee is in a seat, the party supremo said that it is she who is the candidate of the party in every constituency.

Facing up to the star-studded BJP campaign where the party has fielded the prime minister, home and defence ministers besides the Uttar Pradesh chief minister among others, Mamata has been carefully cultivating an image of being the `lone fighter' in a battle between Delhi and Bengal.

With Nandigram going to the polls in the second phase on April 1, along with 29 other seats, Banerjee asked TMC polling agents not to leave the polling booths at any cost. Banerjee said that she will have her eyes on her party's polling agents, warning them that she would know in case anyone works against the party or accepts bribes from the opposition.

"I would not have said such things elsewhere, but here we are faced with traitors," she said.

The TMC supremo has often referred to the Adhikari family, without naming them, as "traitors" after-party heavyweights Suvendu, his father Sisir and another brother Soumendu left the party to join the saffron party fold.

Banerjee also claimed that a leader from Hyderabad has come to divide the minority votes in Bengal, Banerjee wanted to know his whereabouts during communal riots in Delhi and Gujarat.

AIMIM leader Asaduddin Owaisi, who had earlier talked of a possible tie-up with Islamic cleric Abbas Siddique of Furfura Sharif, has spoken of fielding candidates from some seats in the assembly elections in West Bengal.

Siddique has formed his own outfit ISF and has entered into an alliance with the Left Front and Congress to fight the eight-phased assembly elections.