However, she went to the venue of the scheduled meeting, met the PM, and handed over a list of damages and requirement for funds 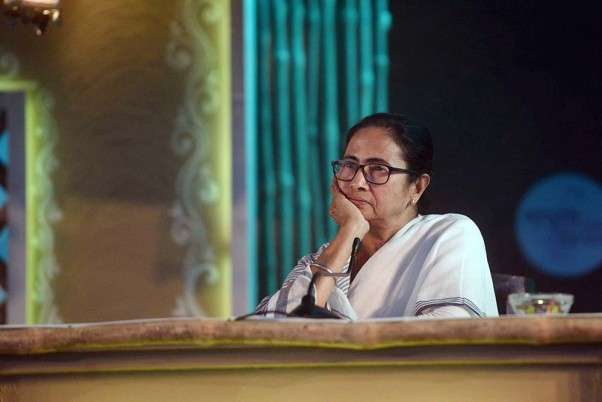 The Centre on Friday asked the West Bengal government to relieve Chief Secretary Alapan Bandyopadhyay for further posting at Centre.

The order came on the deay West Bengal Chief Minister Mamata Banerjees gave a miss to her scheduled meeting with prime minister Narendra Modi in West Midnapore district citing the need to meet an administrative meeting of the state government in the neighbouring district of East Midnapore.

The meeting was for discussing damages, relief and reconstruction following the devastations caused by cyclone Yaas. However, Banerjee went to the venue of the scheduled meeting, met the PM, and handed over a list of damages and requirement for funds before starting for the venue of the state's administrative meeting.

Aerial Surveys Are Outdated But Good For Optics

This was scheduled to be the first meeting between Modi and Banerjee since the assembly election results, during which the two were engaged in leading a rather bitter contest.

"I have met the prime minister and handed over to him demands for a package of Rs. 20,000 crore. But I could not stay in the meeting because of the state's administrative review meeting at Digha," she said.

However, according to a senior official at the state secretariat, West Bengal had informed Centre in advance of its reservations against the scheduled presence of the BJP’s Suvendu Adhikari, Mamata Banerjee’s one-time confidante who has become the leader of the opposition in the new assembly, in the meeting with Modi.

According to the state government, the prime minister’s office informed them that apart from Modi, two union ministers from the state, Debashree Chaudhury and Babul Supriyo, governor Jagdeep Dhankhar and Suvendu Adhikari were to be present at the meeting, while Banerjee would be accompanied by the chief secretary, Alapan Bandyopadhyay.

“We have no problem with the presence of union ministers or the governor but why Adhikari? It reflects the Centre is trying to turn the meeting into a political one,” said a senior bureaucrat.

Modi and Mamata were scheduled to attend a meeting at Kalaikunda in West Midnapore district at 2.30 pm for half an hour to discuss relief and reconstruction work in the aftermath of the cyclone Yaas’ devastations.

Suvendu Adhikari was a heavyweight Trinamool Congress leader and minister until joining the BJP at the end of 2020. After Mamata Banerjee decided to leave her own turf and contest against Adhikari at the latter’s home turf, Adhikari launched an all-out attack on Banerjee, repeatedly calling her as Begum. Adhikary won by a slender margin of 1,956 votes amidst controversies over recounting.

The BJP later elected him as the leader of the opposition, a post that is equivalent to a minister.

While a senior Trinamool Congress leader cited that the leader of the opposition in Odisha had not been present at Modi's meeting with chief minister Naveen Patnaik, governor and union ministers, a senior leader of the BJP said that Odisha leader of the opposition Pradipta Kumar Naik was at the AIIMS, recovering from Covid-19 infections.
Later, union home minister Amit Shah wrote in a tweet, "Mamata Didi’s conduct today is an unfortunate low. Cyclone Yaas has affected several common citizens and the need of the hour is to assist those affected. Sadly, Didi has put arrogance above public welfare and today’s petty behaviour reflects that."