Mamata To Take Oath On October 7 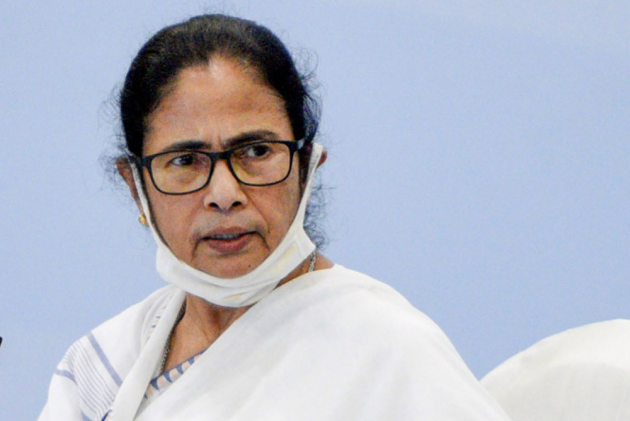 West Bengal Chief Minister Mamata Banerjee will take oath as a member of the state’s assembly on October 7 after emerging victorious in the recently concluded Bhawanipur constituency.

The state's  Governor Jagdeep Dhankhar said he will administer oath to Banerjee and other two TMC MLAs on October 7.

Banerjee won the Bhawanipur by-poll with a record margin of 58,835 votes. She needed to win the election to retain the CM's chair.

“Governor WB Shri Jagdeep Dhankhar would administer oath/affirmation to the elected members to the WBLA, viz., MAMATA BANERJEE, JAKIR HOSSIAN and AMIRUL ISLAM at the premises of the West Bengal Legislative Assembly on 7 October, 2021 at 11.45 hours,” he tweeted.

Jakir Hossain was declared victorious by a huge margin of 92,480 votes from the Jangipur constituency, while Amirul Islam won from Samserganj by a margin of 26,379 votes.

The results were declared on Sunday.

West Bengal Parliamentary Affairs Minister Partha Chatterjee on Monday requested the governor to administer the oath to the three legislators, including Banerjee, on October 7. (With PTI inputs)