TMC chief Mamata Banerjee is in the national capital to forge new alliances, make up with old foes and unite the Opposition 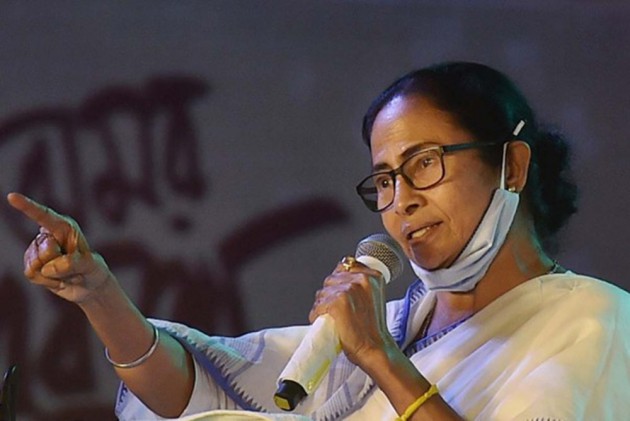 ‘Khela Hobe’ – the game is on. The poll slogan of West Bengal Chief Minister Mamata Banerjee has now been thrown on to the national political stage. After pushing back the challenge of an aggressive BJP’s poll machinery in West Bengal, Mamata is now looking to conquer the country.

She is in the Capital to forge new alliances, make up with old foes and unite the Opposition parties to take on the might of the BJP in 2024. The five-day visit is her first since returning as the chief minister for the third term. She is likely to meet PM Modi later in the evening in addition to several opposition leaders including Samajwadi Party chief Akhilesh Yadav, Congress leaders Sonia Gandhi, Anand Sharma, Kamal Nath and Abhiskeh Manu Singhvi, NCP supremo Sharad Pawar and AAP leader Arvind Kejriwal. She has strategically timed it with the ongoing monsoon session of Parliament so that she can reach out to maximum number of leaders already present in the Capital.

She has made it clear many times that only a united opposition can take down the BJP led by Prime Minister Narendra Modi, home minister Amit Shah and party president J.P. Nadda. And making some swift moves after taking over as the chief minister on May 5, Mamata has made it evident that she is ready to take the pole position among the disparate group of leaders.

Her taking the lead in the Pegasus spyware case, in which hundreds of smartphones of political leaders, journalists and civil society activists were allegedly snooped on, is a case in point. With the central government refusing to order a judicial probe or set-up a Joint Parliamentary Committee (JPC) to look into the allegations, Mamata has taken the initiative to constitute a two-member judicial commission to probe the Pegasus snooping allegations.

There are already signals of softening on the part of the Congress as the party came out openly to criticize the alleged snooping on Mamata’s nephew and TMC general secretary Abhishek Banerjee in the Pegasus spyware case. On July 21, at the Trinamool’s annual Martyrs Day celebration, Mamata urged the opposition leaders to take ‘Khela Hobe’ on the national stage, and to all the other states that will face elections in the run-up to the 2024 general elections.

A number of Opposition leaders had attended the virtual event. They include P. Chidambaram and Digvijaya Singh of the Congress, Sharad Pawar -- whose name Banerjee mentioned several times -- and Supriya Sule of the NCP, Ram Gopal Yadav of the SP, Manoj Jha of the RJD, Tiruchi Siva of the DMK and Priyanka Chaturvedi from the Shiv Sena.

It is believed that political strategist Prashant Kishor – whose contract with the TMC has been extended till next state elections in 2026 – is playing a significant role in her outreach to the various political parties. The recent meetings of Kishor with Pawar and Congress leaders Rahul Gandhi and Priyanka Gandhi have also sparked speculations of churning in the opposition camps.

Political analyst Praveen Rai says that unlike in the previous instances, Mamata is doing the groundwork much before the general election, which gives her ample time to forge alliances. Last such effort, made in the run-up of 2019 Lok Sabha elections, did not work out as there wasn’t enough time for the parties to iron out the inherent differences.

Political scientist Sandeep Shastri says that alliances have to be built on the basis of ideology, programs, and goals, rather than on personalities. “It's natural for parties outside the NDA to try and form an alliance. But my point is that coming together is easy, but staying together is more difficult. And if they were simply to come together on an agenda, which is an anti-NDA agenda or an anti-leadership agenda, that by itself would not be enough. The need is to have a positive agenda in terms of strategies and goals,” he says.

Earlier in April, just before the Assembly elections, Mamata had written to all opposition leaders to put up a fight against the BJP. She even made an appeal to a dozen opposition leaders to formulate an action plan. Shastri believes that “they have to come together not on personality but on ideology, programs and goals. If they're going to come together only on the basis of individuals it will not be able to remain together for long."

TMC seems to be aware of the challenges ahead. Party spokesperson leader in Rajya Sabha Derek O’Brien says that the non-BJP parties have to find a common ground. He believes it is not enough for the opposition parties to come together to defeat the BJP. “It is beyond the opposition. All the institutions including the media and civil society have to stand-up and ask tough questions to the government. It is the people, the civil society, that will make it happen, and not just the opposition,” he says. “The mood in Parliament has changed and the opposition is charged up,” he adds.

A senior Congress leader concedes that with her decisive win in state elections, Mamata will play a big role in getting the opposition together. “Everyone has understood that 2024 is a big challenge. It is no more the time to fight among ourselves but come together and fight,” he says.

It should be recalled that Mamata had made attempts to forge a non- Congress, non-BJP federal front in 2019, which did not fructify. However, this time, she seems to be acknowledging that a broad coalition against the BJP is not possible at the national level without Congress on board.