Sacrilege attempt at Amritsar Golden Temple: A video of the incident has surfaced on social media showing the man jumping over the railing inside the temple during the evening prayer. 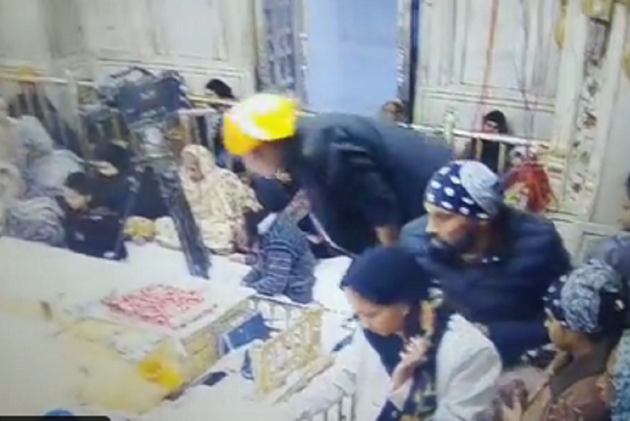 An unidentified man has been allegedly beaten to death by a mob after he made sacrilege attempt at the Golden Temple in Amritsar, Punjab.

ðÂÂÂÂÂÂÂÂ¨ A sacrilege attempt was made inside Darbar Sahib. The man attempted to jump over Guru Garanth Sahib while evening prayers were going on. The culprit has been caught. This is 307th incident of sacrilege in Punjab.

A video of the incident has surfaced on social media showing the man jumping over the railing inside the Golden Temple during the evening prayer.

Person taken in custody for alleged attempt of sacrilege at Darbar Sahib (Golden Temple) is dead. He was taken into custody by @SGPC staff. He was first taken to SGPC headquarters. Later his dead body was placed outside SGPC office main gate.@iepunjab @IndianExpress pic.twitter.com/7tyMm7vc2T

The SGPC president has confirmed that the man has been killed.

The man jumped over the metal grills before the parkash of Guru Granth Sahib. People saw the alleged sacrilege incident on live TV, being telecast by a private channel. The video clip soon went viral on social media.

Talking to the media, Parminder Singh Bhandal, Deputy Commissioner of Police (Law and Order), said the identity of the deceased is being ascertained.

Maintaining that there was no security lapse, Bhandal said when thousands of pilgrims visit the shrine, one cannot predict such a random act by one individual.