Man Attacked By Mob, Hit With Hammer In Gurgaon While Transporting Meat; 1 Arrested

Videos of the incident also surfaced on social media, purportedly showing the group of men kicking and dragging the pick-up driver. 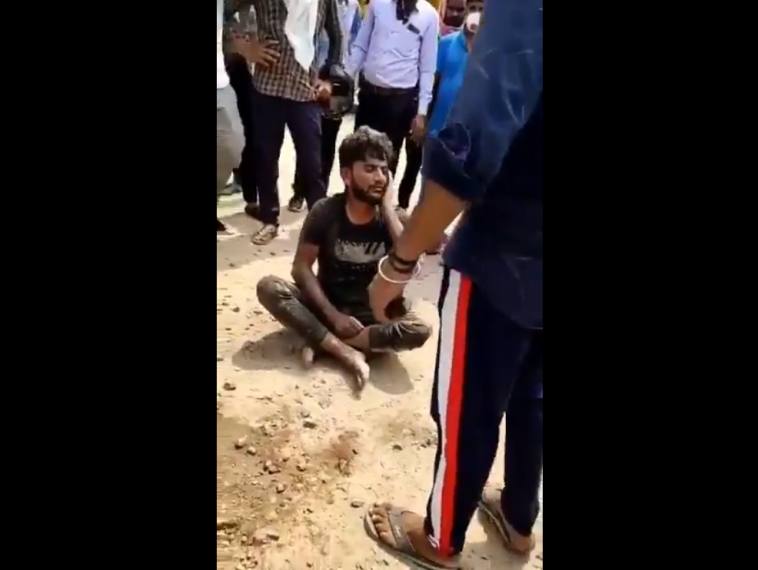 Screengrab of video where meat transporter Lakman is being thrashed by a group of men in Gurgaon, Haryana.
Twitter
PTI 2020-08-01T19:48:10+05:30 Man Attacked By Mob, Hit With Hammer In Gurgaon While Transporting Meat; 1 Arrested 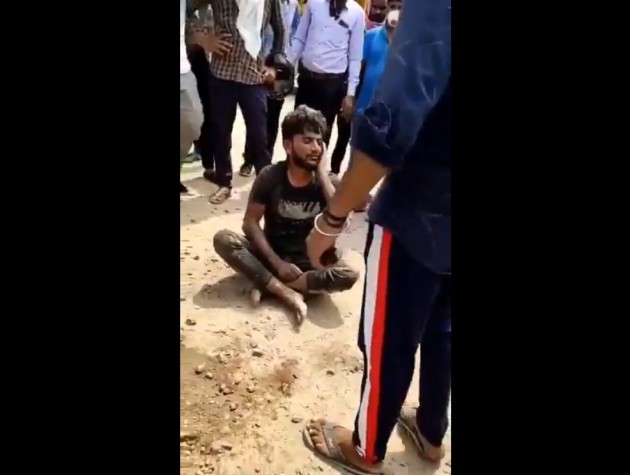 A 27-year-old man transporting buffalo meat was waylaid by a group of men and thrashed publicly before the police came to his rescue in Haryana's Gurgaon district, officials said on Saturday.

The incident took place on Friday morning and one of the accused has been arrested after an FIR was lodged in the case, a police official said.

Videos of the incident also surfaced on social media, purportedly showing the group of men kicking and dragging the pick-up driver, while one of them used a small hammer to hit the victim multiple times.

One of the videos showed a policeman standing next to the victim, dressed in a T-shirt and track-pants, while several people were seen witnessing the violence unfold on the road as mute spectators.

“Victim Lukmaan told the police that he was transporting buffalo meat in his pick-up truck from Nuh to Sadar Bazar area of Gurgaon. When he reached Gurgaon, he was chased by some men on motorcycles. He sped away but got waylaid and thrashed by them," Gurgaon Police PRO Subhash Boken told PTI.

They later took him to another place near Sohna and beat him up again, and also damaged his vehicle, the PRO added.

He said Lukmaan was hospitalised with injuries and an FIR registered under relevant sections of the Indian Penal Code including rioting, voluntarily causing hurt, among others.

“One of the accused persons has been arrested. He has been identified as Pradeep Yadav, around 25 years old. He is a native of Bhiwani district but currently lives in Rajiv Nagar of Gurgaon,” Boken said.

“The other accused have also been identified and efforts are on to arrest them soon,” he added.

The cause of the incident was not clear immediately, the police said, adding that a probe is underway to ascertain all details.