Man Breaches Priyanka Gandhi's Security, Gets To Meet Her

The man was initially stopped by security guards but then Gandhi intervened and met him. 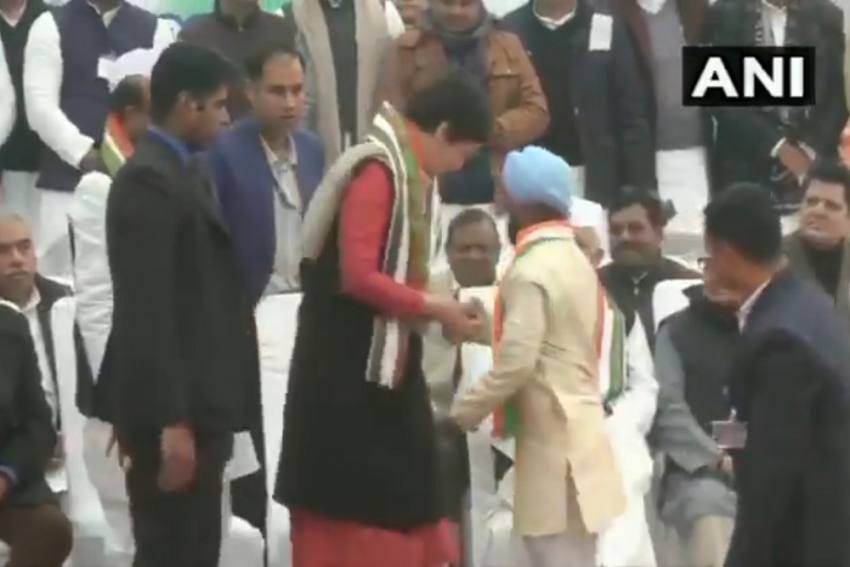 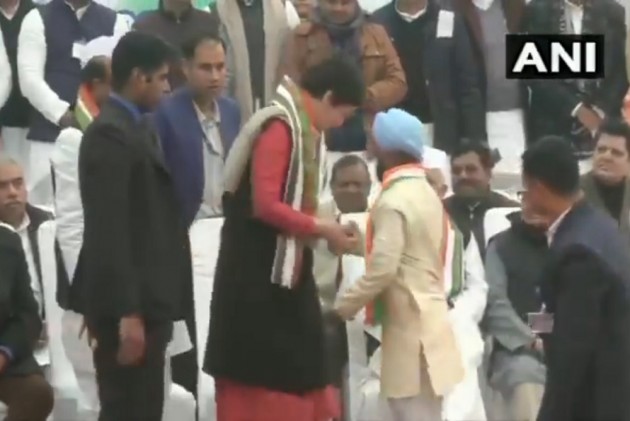 A man breached the security of Congress leader Priyanka Gandhi Vadra on Saturday to meet her in person at a party event in Lucknow, Uttar Pradesh and he succeeded.

The man, wearing a turban, was initially stopped by Vadra's security guards when he got up on the stage where the Congress general secretary of UP (East) was sitting with other party leaders during an event to mark the Congress foundation day.

A video showing the incident was shared by ANI.

#WATCH Man breaches security of Priyanka Gandhi Vadra at a party event in Lucknow on Congress foundation day, gets to meet her. pic.twitter.com/v4UtwedMF2

However, Vadra stood up and guarded the man and asked her security guards to move away. She then sat down and spoke to the man who was then taken back to the audience sitting area.

In November, the Centre withdrew the Special Protection Group (SPG) cover of the Gandhi family and replaced it with the 'Z-plus' security cover by the CRPF.

'Those Who Couldn't Be Killed Are Put In Jails': Priyanka Gandhi On Police Crackdown On CAA Protesters