A man has allegedly threatened the Shiv Sena MP with 'dire consequences' following which the Mumbai Police contacted the city cops and arrested him. 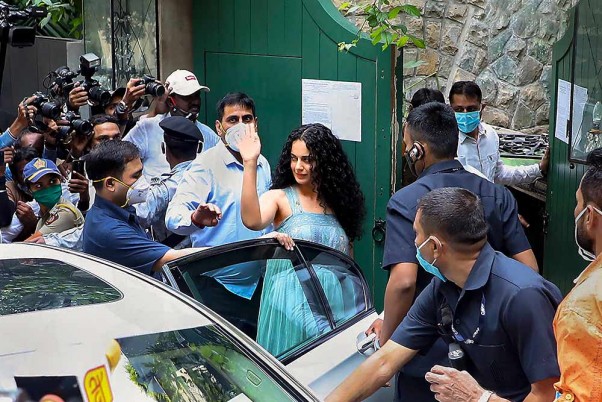 A man, who claims to be a fan of actress Kangana Ranaut, was arrested on Friday from the city's Tollygunge area for allegedly threatening Shiv Sena leader Sanjay Raut, police said.

The Mumbai Police along with Kolkata Police arrested Palash Ghosh, from his Tollygunge residence in the early hours of Friday for allegedly threatening Raut.

Ghosh, who is in his late 20's, had allegedly threatened the Shiv Sena MP with 'dire consequences' following which the Mumbai Police contacted the city cops and arrested the man.

"He will be produced at a city court where the Mumbai Police will ask for transit remand to take him with them to Mumbai," the source said.

The Shiv Sena and the actress were engaged in a war of words after the latter recently compared Mumbai to Pakistan-occupied Kashmir (PoK) and also said she feared Mumbai Police more than "movie mafia".

The Brihanmumbai Municipal Corporation (BMC), which is ruled by the Sena, on Wednesday pulled down some "illegal alterations" made at Ranaut's bungalow in Bandra. However, the Bombay High Court later ordered a stay on it.