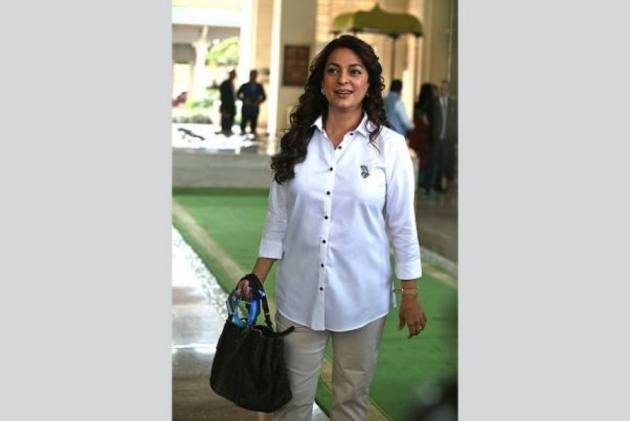 An unknown man started singing some of the hit songs of actress Juhi Chawla’s movies during the virtual hearing of the Delhi High Court relating to the Bollywood star’s plea against the 5G wireless network.

The man's singing resulted in the periodic interruption of hearing and on the judge’s directions, the person was repeatedly removed from the hearing, but he kept on joining and started singing till the time the proceedings were locked.

The man, who was logging in the virtual hearing with different names first started singing ‘Ghoonghat ki aad mein dilbar ka didaar adhura’ from her block buster movie 'Hum hai rahi pyar ke' and he was then removed.

He again joined the proceedings and started singing from her another hit film Naajayaz ‘Lal lal hoton pe gori kiska naam hai… Juhi Chawla’ and was again removed from the hearing.

At the outset, the man was heard saying “where is Juhi Ma’am I can’t see her” and when the judge asked the court master to mute the concerned person, he said “you want to mute me. Oh really!”

Initially, he joined the hearing with the name of Azaan, thereafter, changed name to Manisha Koirala and then to Janvi.

The film star herself on her twitter account last evening had shared the link for joining the proceedings.

She had tweeted "if you do think this concerns you in anyway, feel free to join our first virtual hearing conducted at Delhi High Court to be held on 2nd June, 10.45 AM onwards".

Justice J R Midha asked the court master to lock the proceedings and to contact Delhi Police and ask them to identify the person so that a contempt notice could be issued against him for his conduct.

On a lighter note, Chawla’s lawyer said maybe the person is already affected by the radiations.