Man Travels 200 km With Wife And Kid On Stolen Bike, Returns It After Reaching Home

V. Suresh Kumar, who owns a lathe workshop in Coimbatore, was pleasantly surprised to get a call from a parcel agency that a motorcycle has been sent to his address 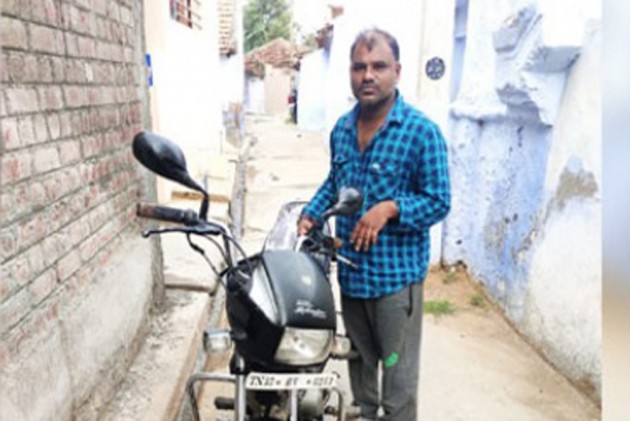 Happiness is when your stolen item gets returned to you. More so when it’s your motorcycle, your main mode of transport. Even more so when it is sent by courier.

V. Suresh Kumar, who owns a lathe workshop at Sulur in Coimbatore, was pleasantly surprised when he got a call from a parcel agency on Saturday to be told that a motorcycle has been sent to his address. And when he went there he was thrilled to find that it was his Hero Splendor bike which was stolen on May 18.

When the bike got stolen Kumar had lodged a police complaint but the cops told him they were busy with Covid-19 and had no one to track down the motorcycle thief. So an undaunted Suresh Kumar managed to get a few CCTV clips from the area that showed his bike being taken away. He transferred the video onto his mobile and showing it around enquired about the identity of the thief.

Braving The COVID Odds! Why This Bihar Teenager Will Make Lance Armstrong Blush

Residents of that area identified the man as Prashanth, who came from Mannargudi town 240 kms away, and had worked in a tea shop a few streets away from Suresh Kumar’s factory. Apparently Prashanth, who was without any work after the lockdown, had taken away the bike and driven to his hometown with his wife and kid.

The dogged enquiries by the bike owner were relayed to Prashanth by one of his co-workers and not wanting to be hauled up by the police Prashanth decided to return the stolen property. He found a parcel agency in Mannargudi and had the bike sent to the address found in the copy of the RC book kept in the bike.

Since Prashanth had paid only for the declared value of Rs.13,400 of the parcel, Suresh Kumar had to pay up another Rs.1,400 as the declared value of his bike as per the insurance papers was Rs. 34,000. “At least I got the bike back and that too in good condition. It was a huge handicap without the bike especially after I reopened my workshop for business,” Suresh Kumar said. He has since withdrawn his police complaint.