He was wanted in the robbery of a bank at Iradatnagar in Agra and also in several other cases in Agra, Bharatpur and Dholpur. 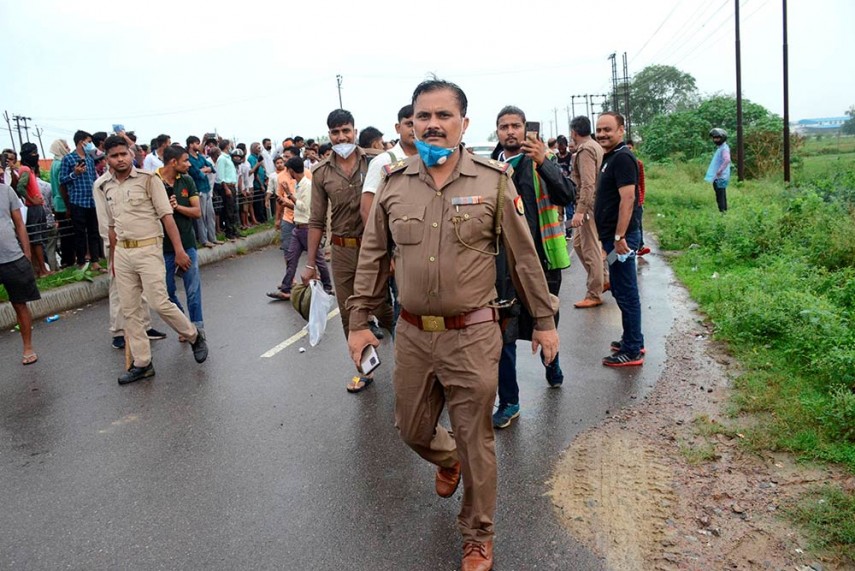 Uttar Pradesh police killed a man in encounter who was accused in a bank robbery case  on Monday following his escape from custody while he was being taken to his accomplice's house in order to retrieve weapons, officials said.

He fled from the spot and later, was seriously injured in an encounter with police, the officials said, adding that he was taken to the SN Medical College, where he was declared dead by doctors.

Thakur was arrested late Sunday night by the Sadar police.

He was wanted in the robbery of a bank at Iradatnagar in Agra and also in several other cases in Agra, Bharatpur and Dholpur, they said. Thakur carried a reward of Rs 50,000.

Inspector General of Police (IG), Agra, Naveen Arora said, "On a tip off from the SOG and surveillance team of Agra, the accused, identified as Mukesh Thakur from Baseri in Dholpur district of Rajasthan, was arrested around midnight during checking of vehicles by the Agra Sadar Police Station."

"Later, during investigation, the accused revealed that he was planning to kill someone, and for that he was going to collect weapons from an accomplice's house in Agra," the IG said.

On Monday morning, when a police team was taking Thakur to his accomplice's house here, he "pushed" two policemen, snatched a pistol from one of them and fled from custody, Arora said.

When police personnel surrounded Thakur, he hid and opened fire. Police fired in retaliation, he said.

After some time he stopped firing and police found that he was seriously injured, Arora said.

"Later, the accused was sent for treatment at SN Medical College in Agra, where he was declared dead by the doctors," he said.