Shiv Sena has also defended Naveen Dalal's attempt to murder, saying 'it was his way to show patriotism'. 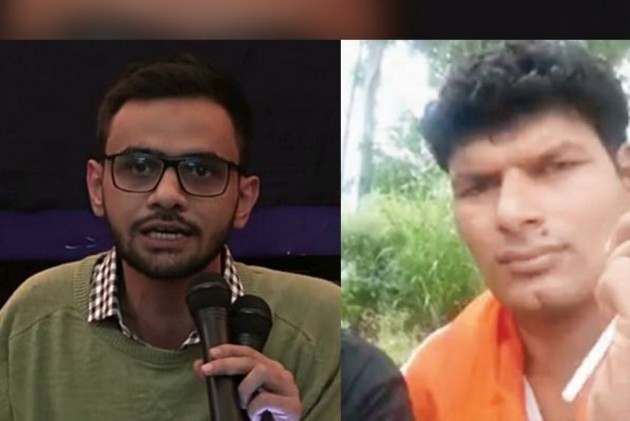 Shiv Sena has fielded Naveen Dalal, one of the two men who had attacked JNU student activist Umar Khalid last year, as its candidate from Haryana's Bahadurgarh. The party has also defended Dalal's attempt to murder, saying "it was his way to show patriotism".

In August 2018, Dalal and the other accused, Darwesh Shahpur, attempted to shoot Khalid near the Constitution Club in New Delhi. However, the student activist escaped unhurt. The two attackers later released a video and confessed they had attempted to kill Khalid and termed the attack as "Independence Day gift for the nation”.

Dalal is currently out on bail in the case and joined Shiv Sena six months ago, Indian Express reported.

Dalal calls himself a "Gau Rakshak" and a "nationalist". Even his campaign posters, promising change, bear the prefix "Gau Rakshak" before his name.

Since his ideology "matches" with that of Sena, he joined the party six months ago.

“We are fighting the same battle — for nationalism, cow protection and recognition for our freedom fighters,” The Indian Express quoted Dalal as saying. He even lashed out at BJP, Congress and other political parties for not doing enough for farmers and soldiers.

Shiv Sena's Haryana (south) chief Vikram Yadav confirmed Dalal's candidature and said that he has been fighting for issues like cow protection and raising voice against the anti-nationals. "That is why we have chosen him."

Yadav defended the attack on Khalid, saying Dalal was upset with people chanting anti-India slogans in a university campus. "He was also upset that there was no action taken against them. So from Naveen’s perspective, it was a way to show his patriotism,” the report quoted Yadav as saying.

However, Dalal himself did not talk about the attack on Khalid. "It's not only about Umar Khalid. There is a lot more to it," he said.

Of the three criminal cases pending against Dalal, as mentioned in his election affidavit, one is with Delhi’s Parliament Street police station under multiple sections for marching into the BJP head office with a severed cow’s head.

Dalaal said he wanted to join the military but failed in several attempts. "So I started cow protection."