The Indian Veterinary Association (IVA) members of Agra protested in the city raising slogans against Gandhi. 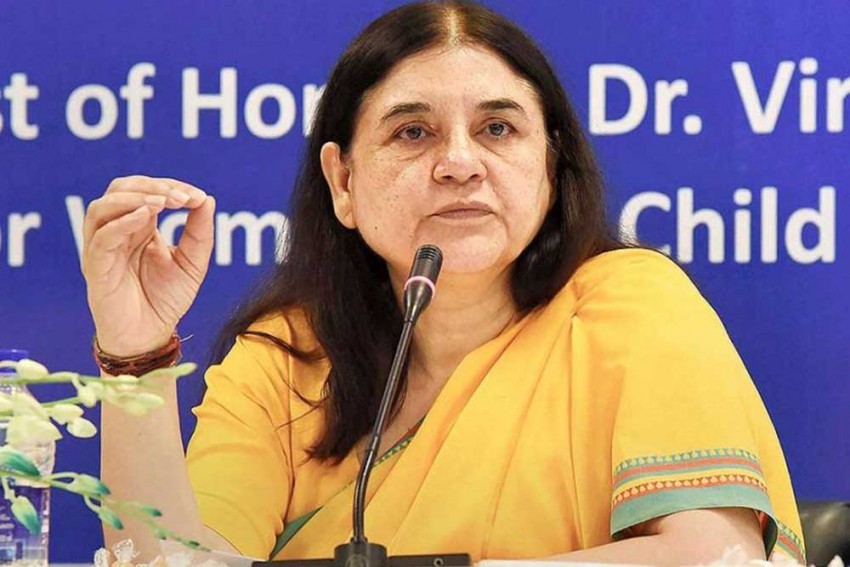 An audio clip has surfaced on social media in which BJP MP and animal rights activist Maneka Gandhi allegedly hurls abuses at a Veterinarian in Agra over a shoddy surgery he carried out on a dog.

Gandhi accused the vet of botching a surgery on a dog and threatened to get his licence scrapped. In the leaked audio, she is also heard asking vet N L Gupta to return the money he has taken from a client after performing the surgery. The voice in the audio clip could not be independently confirmed but the vet alleged that he got a call from the Sitapur MP.

The issue hasn’t gone well with the vet community. The Indian Veterinary Association (IVA) members of Agra protested in the city raising slogans against Gandhi.

During the course of the purported conversation, Gandhi uses expletives in Hindi against the doctor who addreses her as “‘ma’am”.

The MP says that another vet to which the dog was taken after the sutures came undone had called the original surgery a shoddy job.

She also questioned Gupta’s qualification to carry out surgeries.

Using expletives, she then gives him an “option” -- he should return the amount he charged or face the suspension of his licence.

She also told him that she will get in touch with police and the district magistrate.

Gandhi is also heard warning him that he should not perform any more surgeries.

The vet’s defence was that the sutures ruptured because the dog was “hyperactive”.

“I got a call from Member of Parliament Maneka Gandhi on June 21 regarding the surgery of the dog. I was shocked when she asked me to pay a compensation of Rs 70,000 to the owner of the dog or else she would get my license cancelled,” Gupta told PTI.

“Besides, she insulted my profession, my father and my eligibility and used abusive language,” he alleged.

Gupta said he had informed the dog owner about the post-operative care, but the animal was not looked after properly.

“Due to mismanagement in post-operative care by the owner and improper antibodies treatment, the stitches came undone," he said.

"I have apprised the Indian Veterinary Association about the call," he added.

Recently, in another audio that surfaced on social media, Gandhi was purportedly heard telling a police officer in Sitapur to register a case and slap a man for breaking a dog's leg.

Meanwhile, Chief Veterinary Doctor, V S Tomar, said, "The incident is in his notice and investigation is being done in this regard whether the doctor has a valid degree and his clinic has proper amenities as well."

Dr A K Doneria, the member of the IVA and former Chief Veterinary Officer in Agra told PTI, “A doctor gives his best and cannot do injustice with any patient. We condemn the incident that happened with the veterinarian doctor in Agra.”