Kishorchandra Wangkhem was arrested following a Facebook post, allegedly put up by him in Manipuri language, sardonically stating to the effect that cow dung and cow urine were not the medicine for treating Coronavirus. 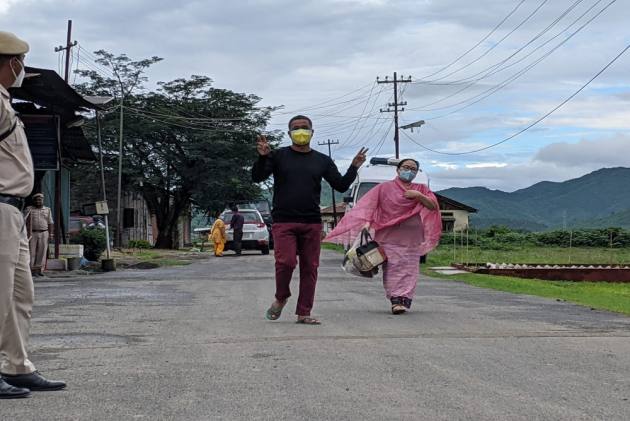 Journalist Kishorchandra Wangkhem was set free by the Manipur High Court on Friday responding to a `letter petition’ by his wife Elengbam Ranjita.

Ranjita had on Wednesday written to the state government requesting that her husband be released like Erendro Leichombam, a political activist arrested along with him under the stringent National Security Act (NSA), who was released on Monday on the order of the Supreme Court.

“They (state government) did not respond to my request so I petitioned the chief justice of the Manipur High Court on Thursday. I am very thankful to the court for responding so quickly,” Ranjit told the Outlook.
The court admitted the ‘letter petition’ on Thursday and listed the matter for Friday before the bench of Chief Justice PV Sanjay Kumar and Justice Kh Nobin Singh.

In its order the court said the detention of the petitioner’s husband under Section 3(2) of the National Security Act, 1980, “stems from a Facebook post, allegedly put up by him in Manipuri language, sardonically stating to the effect that cow dung and cow urine were not the medicine for treating Corona Virus. A similar Facebook post was put up by one Erendro Leichombam at around the same time and he was also subjected to similar detention under the provisions of the National Security Act, 1980, vide Order dated 17.05.2021.”

It said that the validity of the detention of Erendro Leichombam came up for consideration before the Supreme Court and it held that his continued detention “would amount to violation of his right to life and personal liberty under Article 21 of the Constitution and directed his release” and the state government thereafter revoked the detention order.

“On the face of it, we find no distinction or difference between the case of the petitioner’s husband and that of Erendro Leichombam. Both of them put up similar Facebook posts, critical of the utility of cow dung and cow urine in treating Corona virus. As they stand identically situated, we are of the opinion that the continued incarceration of the petitioner’s husband would be as much a violation of Article 21 of the Constitution, as it was in the case of Erendro Leichombam,” the order said adding that he be released “forthwith and in any event, not later than 5 pm today (Friday)”.

Kishorchandra was arrested on May 13 following his Facebook post soon after state BJP president S Tikendra Singh succumbed to Covid-19. He was remanded in police custody till May 17. The chief judicial magistrate, Imphal West granted him bail on May 17. However, he was slapped with the NSA and was in detention in the Manipur Central Jail, Saijwa since.